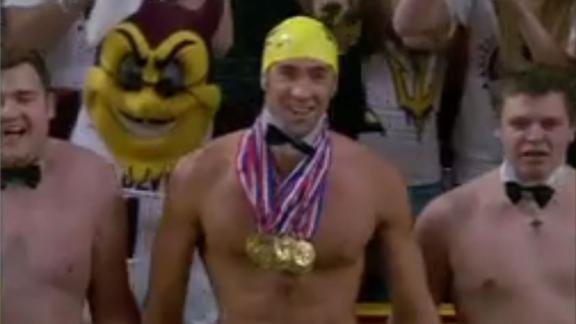 The reputation of Arizona State's "Curtain of Distraction" stands alone.

On Thursday night, Michael Phelps added to the mystique of the already legendary ASU student-section feat, making an appearance after the curtains were drawn to distract a free throw shooter during the second half of theSun Devils' 86-68 rout of the Oregon State Beavers.

Naturally, Phelps sported a swimsuit and six-pack abs with gold medals around his neck and a swim cap on his head while standing between two shirtless male students wearing bow ties.

Phelps is training for the 2016 Rio Games and has said he plans to work as an assistant swim coach at ASU upon his retirement after the Olympics.

Perhaps distracted by Phelps, Oregon State's Stephen Thompson Jr.missed both of his foul shots with 13:47 left to play.

The moment drew the loudest cheers from the crowd at Wells Fargo Arena. 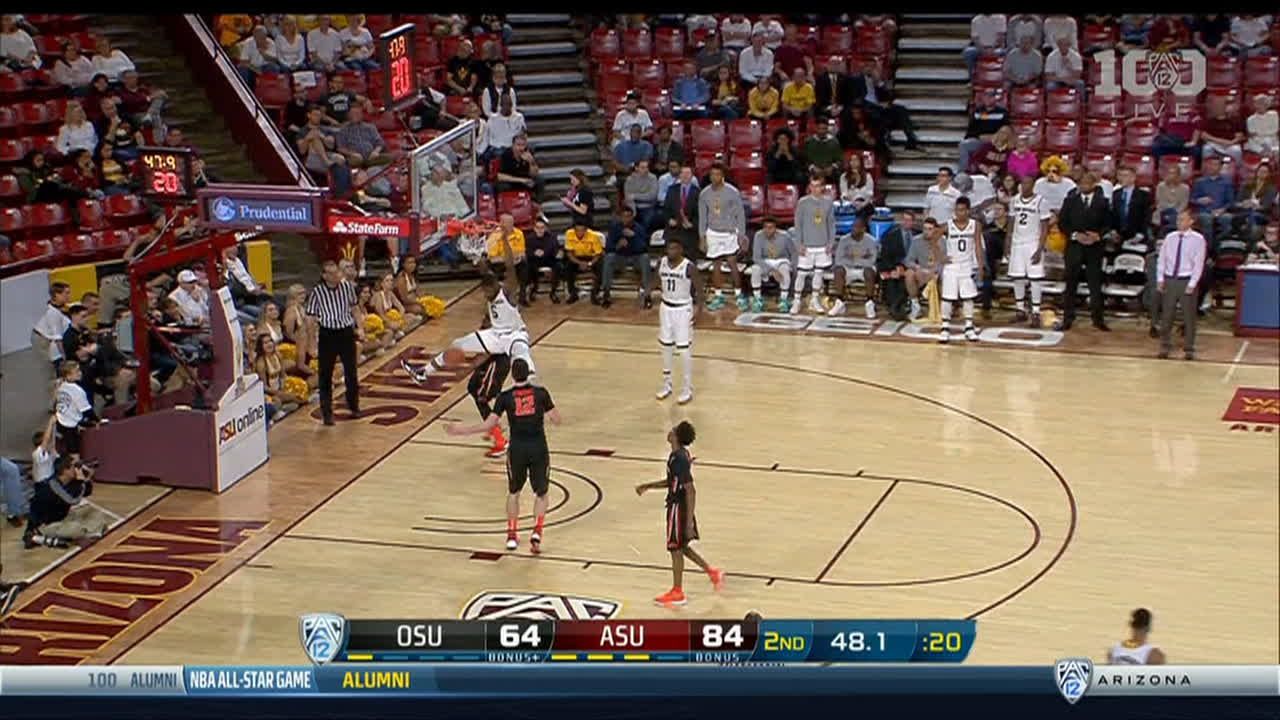