The Phillies will honor Dick Allen with a ceremony this season and next.
WPVI PHILADELPHIA (WPVI) -- The Philadelphia Phillies will retire the No. 15 in honor of seven-time All-Star Dick Allen.

The ceremony will take place on September 3, which will be the 57th anniversary of Allen's major league debut with the Phillies.

The Phillies say they will also honor Allen next season when fans will be attendance and "can properly salute his storied career."

"Dick Allen burst onto the 1964 Phillies and immediately established himself as a superstar. His legendary performance on the field gave millions of fans lasting memories, and he helped cement my love for baseball and the Phillies as a young boy," Managing Partner John Middleton said in a press release. "The Phillies organization is thrilled to give Dick and his family this honor that recognizes his Hall of Fame-worthy career and his legacy as one of the greatest Phillies of all time."

"[Dick] was a fine ball player. He did some great things and hit the ball much further than I did. He deserves to be in the Hall of Fame," Hall of Famer Hank Aaron said. 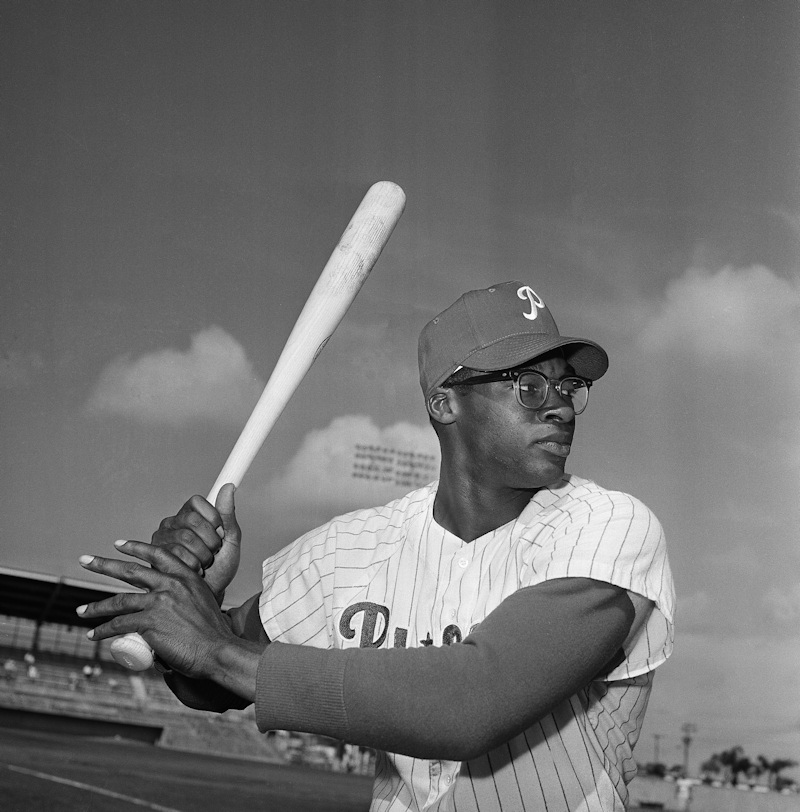 Allen was signed by the Phillies in 1960 to his first professional contract. He joined the Phillies front office in 1994 as a fan representative and, later, a club ambassador.

Allen joins Hall of Famers Richie Ashburn (1), Jim Bunning (14), Mike Schmidt (20), Steve Carlton (32), Roy Halladay (34) and Robin Roberts (36) as the only Phillies in team history to have their numbers retired.

"Everyone who ever played with or against Dick would say that he was one of the most talented, intimidating and smart five-tool players in baseball history. You can compare him as a hitter to Hank Aaron. In his prime, Dick might have been more feared, more dynamic and stronger than Hank. On a personal level, Dick and I became good friends, and he helped me become a better player, as he did many of my teammates," Hall of Famer Mike Schmidt said.

Allen was inducted into the Phillies Wall of Fame in 1994.