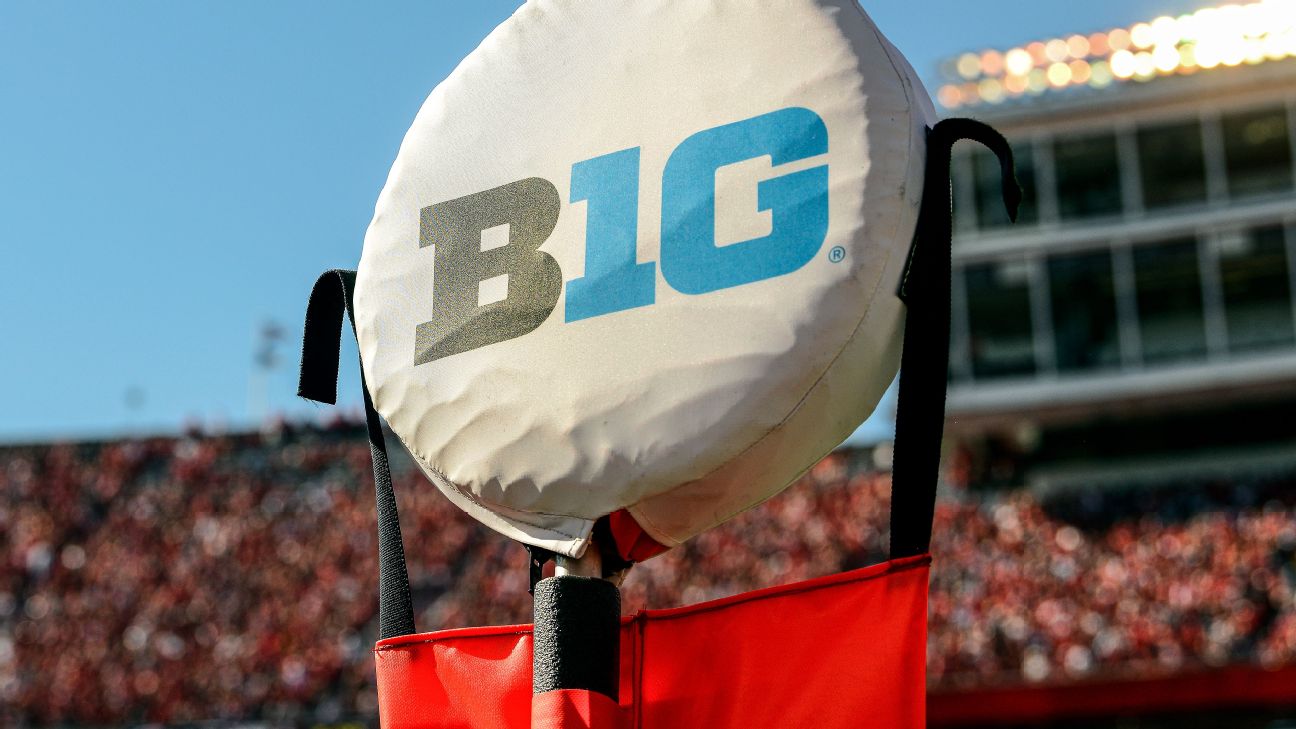 Political leaders from six states sent a letter Tuesday to Big Ten commissioner Kevin Warren and the league's presidents and chancellors, urging the conference to reconsider its postponement of the 2020 football season.

Lee Chatfield, speaker of Michigan's House of Representatives, wrote the letter, which is signed by nine other senate and house leaders from Iowa, Minnesota, Ohio, Pennsylvania and Wisconsin. All 10 lawmakers who signed the letter are Republicans, and the six states they represent include seven Big Ten schools.


The Big Ten announced Aug. 11 that it would postpone the fall sports season, including football, because of concerns around the coronavirus pandemic. The league's council of presidents/chancellors voted 11-3 to postpone, with only Ohio State, Nebraska and Iowa electing to proceed with the fall season, sources told ESPN.

"Recent actions taken by other conferences across the country to start football and other fall sports have placed the Big Ten, its members and students at a disadvantage," the letter reads. "These athletes are losing a vital part of student life and are becoming less marketable to future employers with each passing week. Additionally, our local universities stand to lose hundreds of millions of dollars that support vital student scholarships.

"This is even more frustrating when we think of how our Big Ten athletic programs are leading the way by providing outstanding health and safety protocols."

The Big Ten issued a statement Wednesday saying the conference wants the same thing as the legislators -- for "sports to continue safely" -- and that they will continue to work "to identifyopportunities to resume competition as soon as it is safe to do so."

The Big Ten's return to competition task force is getting closer to presenting updated findings to the league's presidents and chancellors, who could vote again on competition timelines as early as next week, sources said


The letter from the political leaders notes that students, parents and coaches from the Big Ten have contacted their state officials with concerns about the Big Ten's postponement.

"The Big Ten's current direction is the wrong choice for the conference, for our area universities, and -- worst of all -- for thousands of our local students," Chatfield, a former All-America soccer player at Northland International University, said in a prepared statement. "As a former student-athlete, a teacher, a coach, an athletic director, and now as a parent, I know how important sports can be to young people and their development. I also know how much support restarting football and other fall sports has among players, coaches, parents, and the many people who have reached out to our offices demanding a change. The Big Ten should reverse course as soon as possible and do everything possible to help their students restart extracurricular activities safely."

Monday's letter is the latest attempt by politicians to reverse the Big Ten's decision. U.S. Sen. Ben Sasse of Nebraska wrote to the Big Ten on Aug. 10 urging the league not to postpone fall sports. President Donald Trump has voiced his desire for the Big Ten to play, and he spoke with Warren last Tuesday for approximately 20 minutes.

Both Trump and the Big Ten called the discussion "productive," and Trump tweeted that the league was at "the one-yard line" regarding a return. Trump on Sunday tweeted that progress toward a return continued but the league "may lose Michigan, Illinois, and Maryland because of those Governors' ridiculous lack of interest or political support."

The Big Ten's return to competition task force continues to evaluate medical data, schedules and other areas around a potential resumption. The task force's medical subcommittee eventually will present information to the presidents and chancellors. 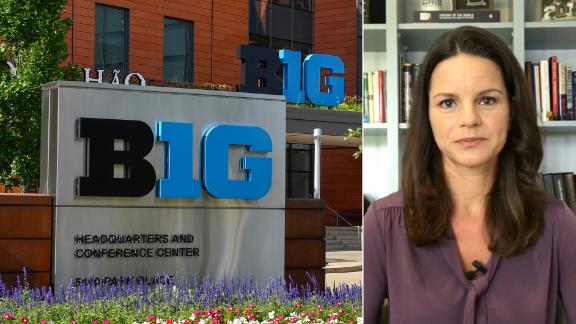