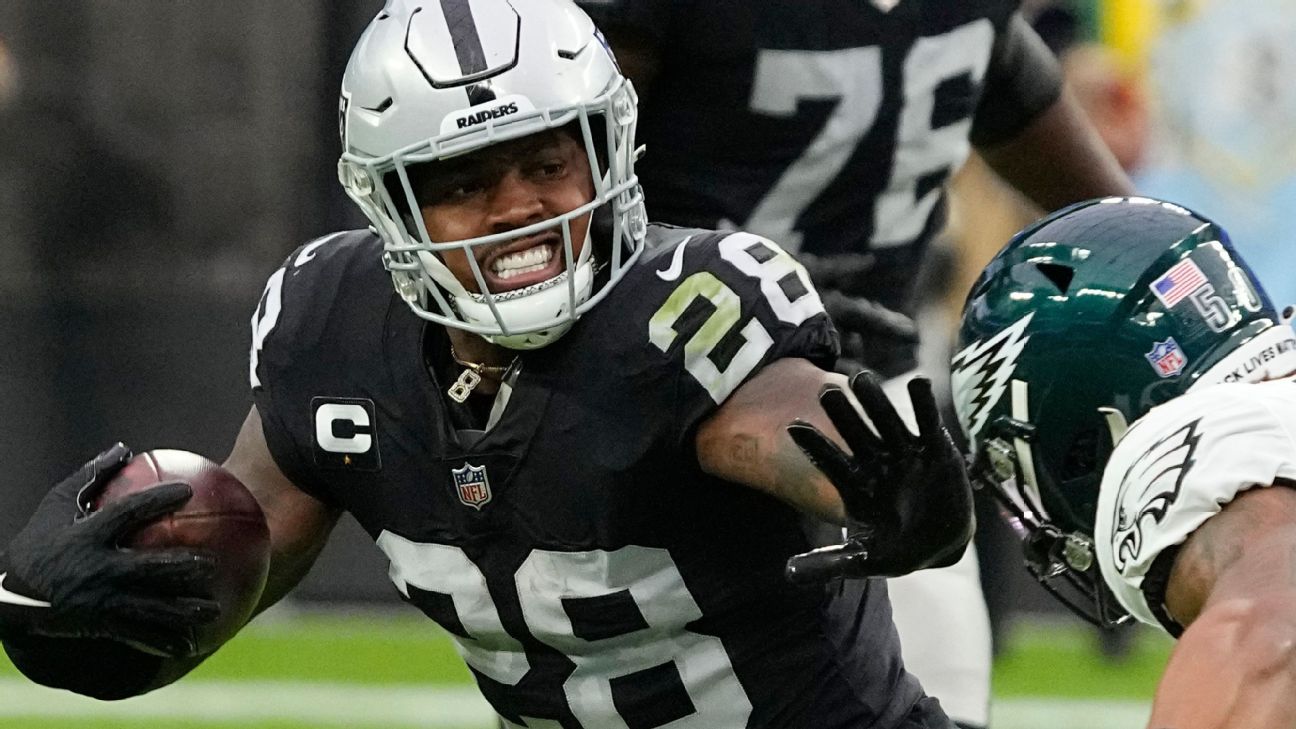 The Raiders, despite a late Eagles rally, won33-22to jump into first place in the AFC West.


Jacobs, who missed two games earlier this season with toe and ankle issues, scored on an 8-yard touchdown run with 1:38 to play in the second quarter. He was ruled out after halftime.

The Raiders were already without Pro Bowl tight end Darren Waller, who suffered an ankle injury in practice on Friday.

After the win, Raiders coach Rich Bisaccia said Jacobs "got hit in the chest. We're in the process of figuring out what all that is." Bisaccia also told reporters that the team worked Waller out during pregame drills, but "he just didn't feel like he was 100%, that he could go."

Jacobs had 29 yards on six carries in the first half, and seemed to be gaining momentum. He entered the day averaging just 3.2 yards per carry, rushing for 175 yards on 54 attempts, but had a rushing TD in three straight games, tying a career best.


Sanders' injury occurred when he was tackled by linebacker Denzel Perryman on a screen pass late in the first quarter. Favoring his right leg, he was assisted off the field before eventually being carted inside.

The Eagles' game plan appeared to be based largely around Sanders. He rushed six times for 30 yards before leaving the game. The offense scored a touchdown on its opening possession, but was largely ineffective once Sanders was removed from the equation.

Sanders had X-rays taken, and Eagles coach Nick Sirianni indicated after the loss that there were no fractures detected. The belief is that Sanders avoided a serious injury, according to a source.

"When you lose a good player like him, that's tough," Sirianni said. "He was running the ball pretty well. We'll see. I've got to get more information." 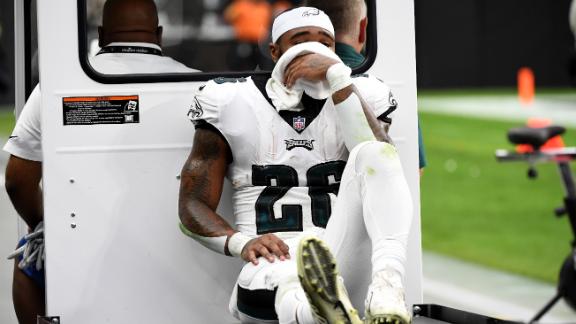