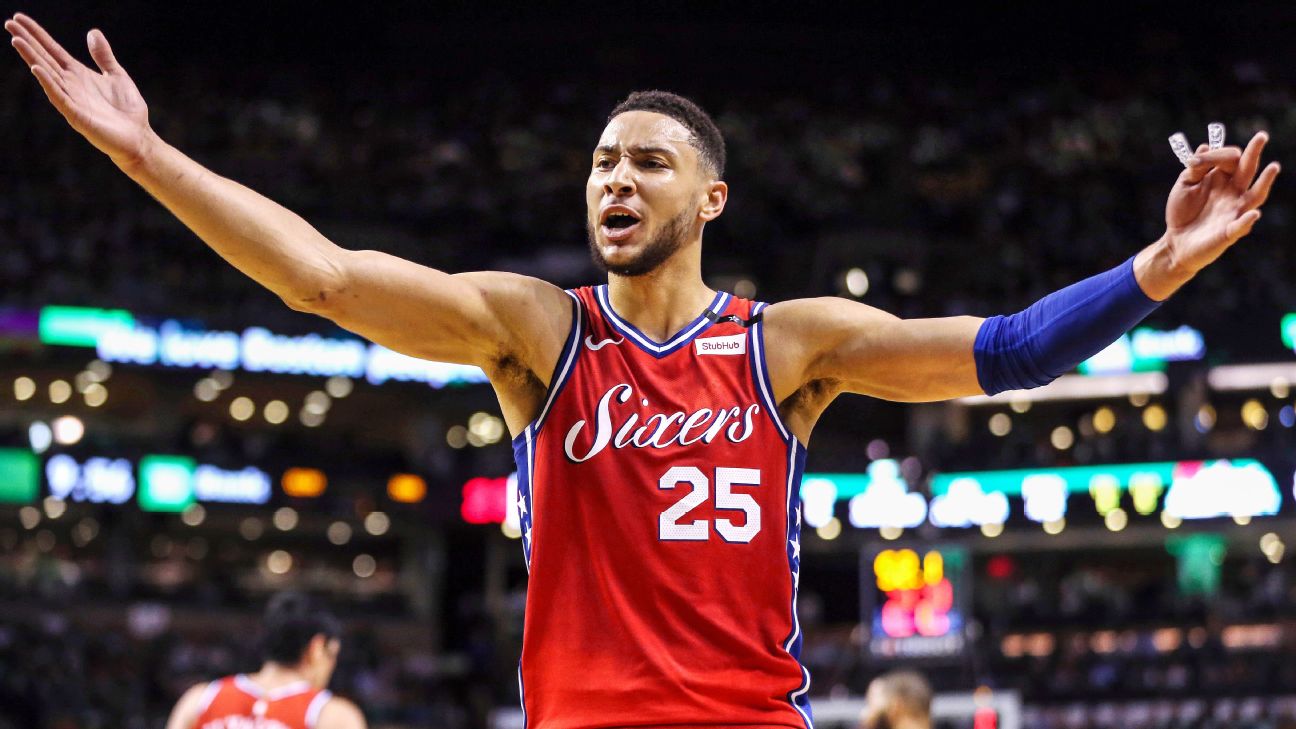 In what many felt was a tight contest this season, Simmons took home the honor at the NBA Awards show Monday night as he was chosen top rookie over Mitchell and Boston'sJayson Tatum.

"I'd like to thank my family to start out with ... family, friends, you know I wouldn't be here without them," Simmons said in his acceptance speech. "My teammates of course and my great coach, and the city of Philadelphia for really embracing me and my family, so thank you."

After missing his draft year due to injury, Simmons finally made his long-awaited debut this past season and helped lead the Sixers to 52 wins. According to ESPN Stats & Information research, only seven players in NBA history have won Rookie of the Year while helping their team win at least 50 games.

This season's Rookie of the Year race seemed to divide many experts and fans with some debate over whether Simmons was a true rookie since he spent his first season with the Sixers while rehabbing his foot injury and had the advantage of being with an NBA team for a season.

"For me, I am obviously happy that I won the award," Simmons said. "I try not to let the media hype things up or fans ... That doesn't take anything away from Jayson or Donovan from having an excellent season."

Simmons praised this season's rookie class for being strong and said his favorite memory from this season was being able to stay on the floor.

"I'd say the greatest memory or moment was finishing my season," Simmons said. "Obviously I had my foot the first season and wasn't able to play, and to be able to be on the floor and accomplish that childhood dream has been amazing."

Simmons being considered a rookie this season had been a point of contention with Mitchell. Mitchell even arrived to Monday's awards show in a van that underscored his point.

This followed Mitchell wearing a sweatshirt before an April game that provided the dictionary definition of a rookie.

Simmons averaged 15.8 points, 8.2 assists, 8.1 rebounds and 1.7 steals in 81 games and helped lead the Sixers to the second round of the playoffs.

Mitchell, who helped lead Utah to the second round in the postseason, averaged 20.5 points and was just the eighth rookie to average 20 points per game on a 45-win team.

Six of the previous seven who did so took home Rookie of the Year honors.

Simmons takes home Rookie of the Year
After sitting out a season, Ben Simmons put together a rookie season filled with accolades to stake his claim as the Rookie of the Year.
Report a correction or typo
Related topics:
sportsespndonovan mitchellrookie of the yearutah jazzben simmonsjayson tatumphiladelphia 76ersboston celticsnbanba awards show
Copyright © 2021 ESPN Internet Ventures. All rights reserved.
More Videos
From CNN Newsource affiliates
TOP STORIES