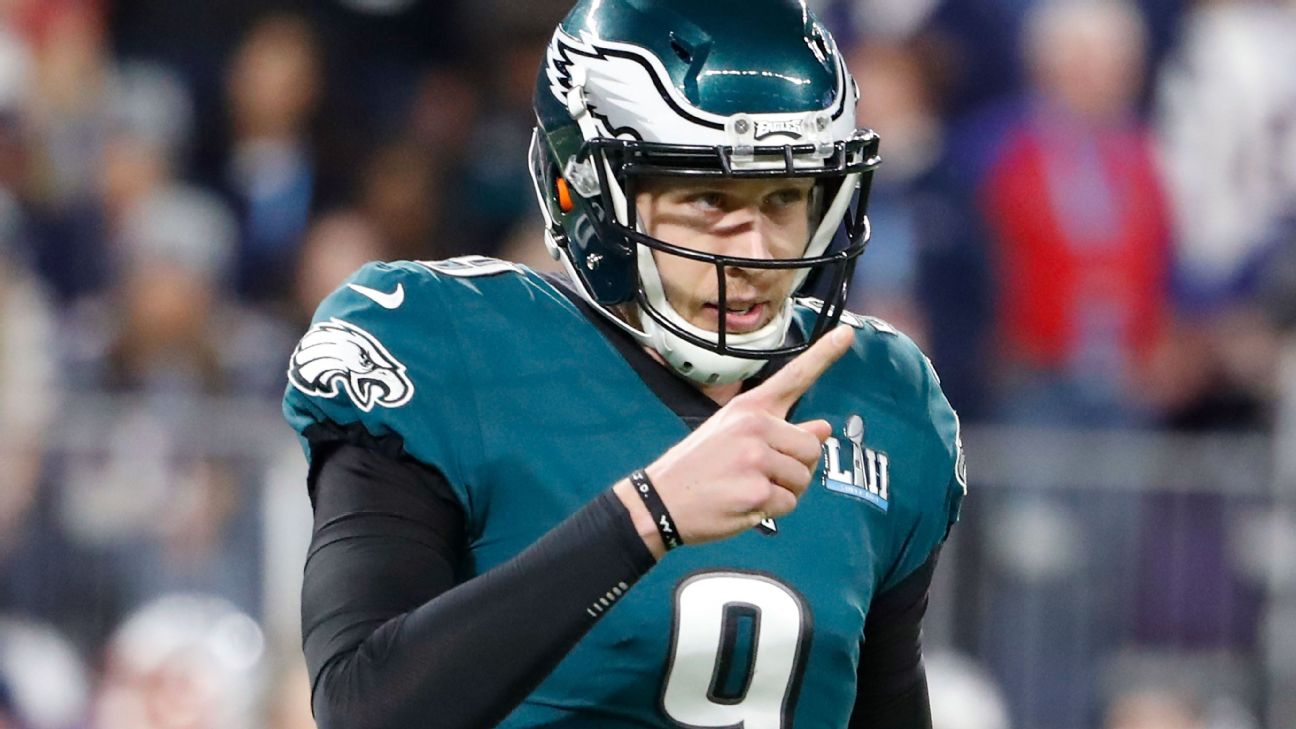 The Philadelphia Eagles and quarterback Nick Foles agreed to a reworked contract Friday, a source confirmed to ESPN.

The restructured deal includes a $2 million signing bonus, incentives if he starts and hits certain benchmarks, and a mutual option for 2019. Foles was in the final year of his contract and was scheduled to make a base salary of $4 million this season.

Both parties would have to be on board to exercise the 2019 option. The move gives the Super Bowl MVP a pay bump and provides an avenue for Foles to remain in Philadelphia beyond this season, depending on circumstances.

Foles stepped in for the injured Carson Wentz, who tore the ACL and LCL in his left knee against the Los Angeles Rams in December, and guided the Eagles to their first Super Bowl win.

He completed 73 percent of his passes in the postseason with six touchdowns and one interception, including three TD passes in a 41-33 win over Tom Brady and the New England Patriots in Super Bowl LII.

Wentz has set the 2018 season opener against the Atlanta Falcons on Thursday, Sept. 6, as his target return date. Speaking to the media on Tuesday, Wentz said he is in the "running progression" stage of his rehab and is "feeling good with where I'm at" on the comeback trail.

Foles recently expressed the desire to be a starter again during an interview with a Texas ABC affiliate, while also highlighting the positives of remaining with the Eagles for another season.

"We love Philly. I know there was some stuff going around [about] a possible trade, and I would love the opportunity to be a starter again," Foles said. "I know my spot in Philly. I think I've shown what I can do. I'm signed for one more year and I love the team, I love the city. I'm excited for Carson to get back on his feet. I'll be ready to go whenever they need me. But we'll see; just living in the moment."

While some teams inquired about potentially trading for Foles at the beginning of the league year, the Eagles set the price high and no deal was struck.
Report a correction or typo
Related topics:
sportsespnincentivessigning bonusnflcontractphiladelphia eaglesnick folesoption
Copyright © 2020 ESPN Internet Ventures. All rights reserved.
More Videos
From CNN Newsource affiliates
TOP STORIES