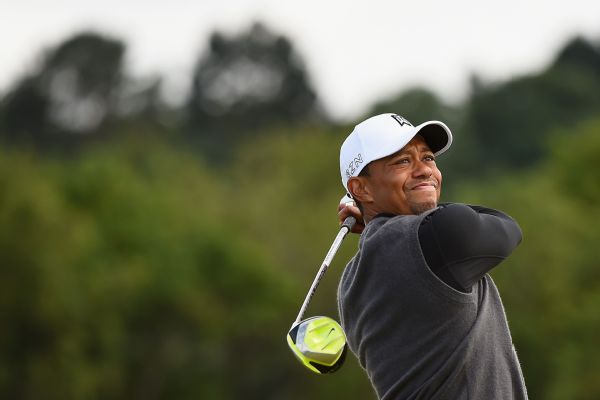 Tiger Woods is part of the 18-player field for next month's Hero World Challenge, where the 14-time major champion plans to make his long-awaited return to competitive golf.

Woods pulled out of the Safeway Open three weeks ago, when he said "my game is vulnerable and it's not where it needs to be."

At that time, he also withdrew from this week's Turkish Airlines Open and said he hoped to play in the Hero World Challenge, which is held Dec. 1-4 at Albany in the Bahamas.

Two weeks ago, while on a media tour in conjunction with the 20th anniversary celebration of his Tiger Woods Foundation, Woods said in an interview with late-night host Stephen Colbert, "I'll be there. I'm playing," of theHero World Challenge.

A day earlier, in an interview with Charlie Rose, Woods said he "hoped" to play in the event.

"I am excited to make my return at the Hero World Challenge at Albany and play in this terrific tournament," Woods said in a statement released Tuesday. "This is our 18th year, and every year we put together a top field that showcases the best golfers from the previous season. Albany is an outstanding setting, and I can't thank Hero MotoCorp enough for their support of the tournament and my foundation."

The field is missing No. 1-ranked Jason Day, who withdrew from his last two tournaments as well as the Australian Open due to back issues, as well as No. 3-ranked Rory McIlroy.

The tournament began in 1999 when it was known as the Williams World Challenge and was played for most of its existence in Southern California. After a one-year run at Isleworth in Orlando two years ago -- where Woods tied for last place -- it moved last year to the Bahamas, where Woods did not play. He was just six weeks removed from the second of two back procedures performed in 2015.

That led to him skipping the entire 2015-16 season on the PGA Tour, including missing all four major championships.

Although the World Challenge is deemed an unofficial event, it does give World Ranking points under the stipulation that all of the participants are ranked among the top 50 in the world.