Union reps LeBron James, Chris Paul could be big winners through 'over-38' rule 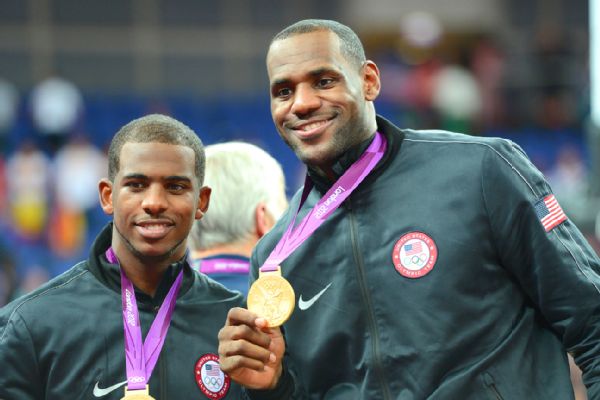 LeBron James has been ahead of the curve on contract management for most of his career, and a provision he helped position himself for in the new collective bargaining agreement means his latest forward-looking maneuver could be worth almost $100 million.

The new deal, which still must be ratified by the owners and players' union, alters the "over-36 rule" to the "over-38" rule. Previously, teams could not sign players to four- or five-year contracts if the player turned 36 before Oct. 1 of one of the years of the deal. By moving the rule back two years, James is in position to sign a five-year contract in 2018 when he is 33 years old, sources told ESPN.

James' health, the overall player market and other factors make it impossible to know what he might sign for in 2018, but projections show he could sign for up to $210 million if he stays with the Cleveland Cavaliers and signs for five years at the maximum number. Before the rule change, he would have been able to sign for only three years and an estimated $90 million to $100 million less at age 33.

James said Friday that the rule change wasn't about his earning power.

"I'm too much of a present guy to worry about what can happen in the future. If I'm blessed and able and the game continues to bless me, then we'll cross that path when we get there," he said. "But there's guys in our league now that are 34, 35, 36 that have an opportunity to sign a longer-deal contract, so I think it's great for our league."

The rule change also could benefit Chris Paul, who would be eligible to sign a five-year contract with the LA Clippers for up to $210 million this summer. Paul would have been able to sign for four years under the current rules. It could be worth up to $50 million more to him, depending on how the deal gets put together.

Paul is the president of the players' union, and James is the vice president.

James took his time weighing contract options over the summer and didn't come to terms until August, when he signed a three-year, $100 million deal. He has an opt out after two years, giving him the option to return to the market at age 33.

The primary points of the CBA were being negotiated by the players' union and the league over the summer.

James also shrewdly took one-year deals with the Cavs in 2014 and 2015, allowing him to become just the third player in history to make more than $30 million in a season. James is the highest-paid player in the NBA this season at $30.9 million.

In 2006, James set a trend when he turned down a five-year offer and instead took a three-year extension from the Cavs, allowing him to become a free agent in 2010.

The change also favors other older stars who are headed to free agency in their mid-30s, such as Carmelo Anthony and Dwyane Wade, who can be a free agent next summer after building an opt-out clause into his deal with the Chicago Bulls.

The new CBA also included many provisions that raised salaries of lower-paid players. Minimum salaries, rookie salaries and the midlevel and biannual exceptions all were increased by 45 percent across the board.