It's official: Vin Scully will be back calling Los Angeles Dodgers games in 2016, his 67th season in the booth for the franchise.

The 87-year-old Scully made the announcement through comedian Jimmy Kimmel in the middle of the second inning of the team's 4-1 win against the Chicago Cubs on Friday night. Kimmel broke the news on the Dodger Stadium video boards using cue cards, one of the final one saying "(at least)," referencing that Scully could work beyond just next season. His last card read: "God bless us everyone."

"I talked it over with my wife, Sandi, and my family and we've decided to do it again in 2016," Scully said in a release. "There's no place like home ... and we look forward to being a part of it with all of our friends."

Scully, the longest-tenured game-caller with one team, began his professional broadcasting career in 1950 with the Brooklyn Dodgers. He has called three perfect games, 25 World Series and 12 All-Star games. He was behind the microphone for Kirk Gibson's Game 1 homer in the 1988 World Series, Don Larsen's perfect game in the 1956 World Series, Hank Aaron's record-setting 715th home run and Sandy Koufax's four no-hitters, including a perfect game.

Cubs manager Joe Maddon met with Scully before the game and posed for a picture with him before meeting with the media for his pregame scrum. When Maddon addressed reporters, he indicated Scully told him an announcement would come during the game.

A couple hours later, it did, and it drew a massive roar and ovation for Scully, who stood and leaned out from his broadcast window at the stadium in appreciation of the support.

"Vin is a national treasure and the Dodgers couldn't be happier to have him back at the microphone in 2016," Dodgers president and CEO Stan Kasten said. "Vin makes every broadcast special and generation after generation of Dodger fans have been blessed to be able to listen to him create his poetic magic since 1950. We look forward to adding many new chapters to that legacy in 2016."

Scully has reduced his travel schedule in recent years. He calls all home games and selected road games. 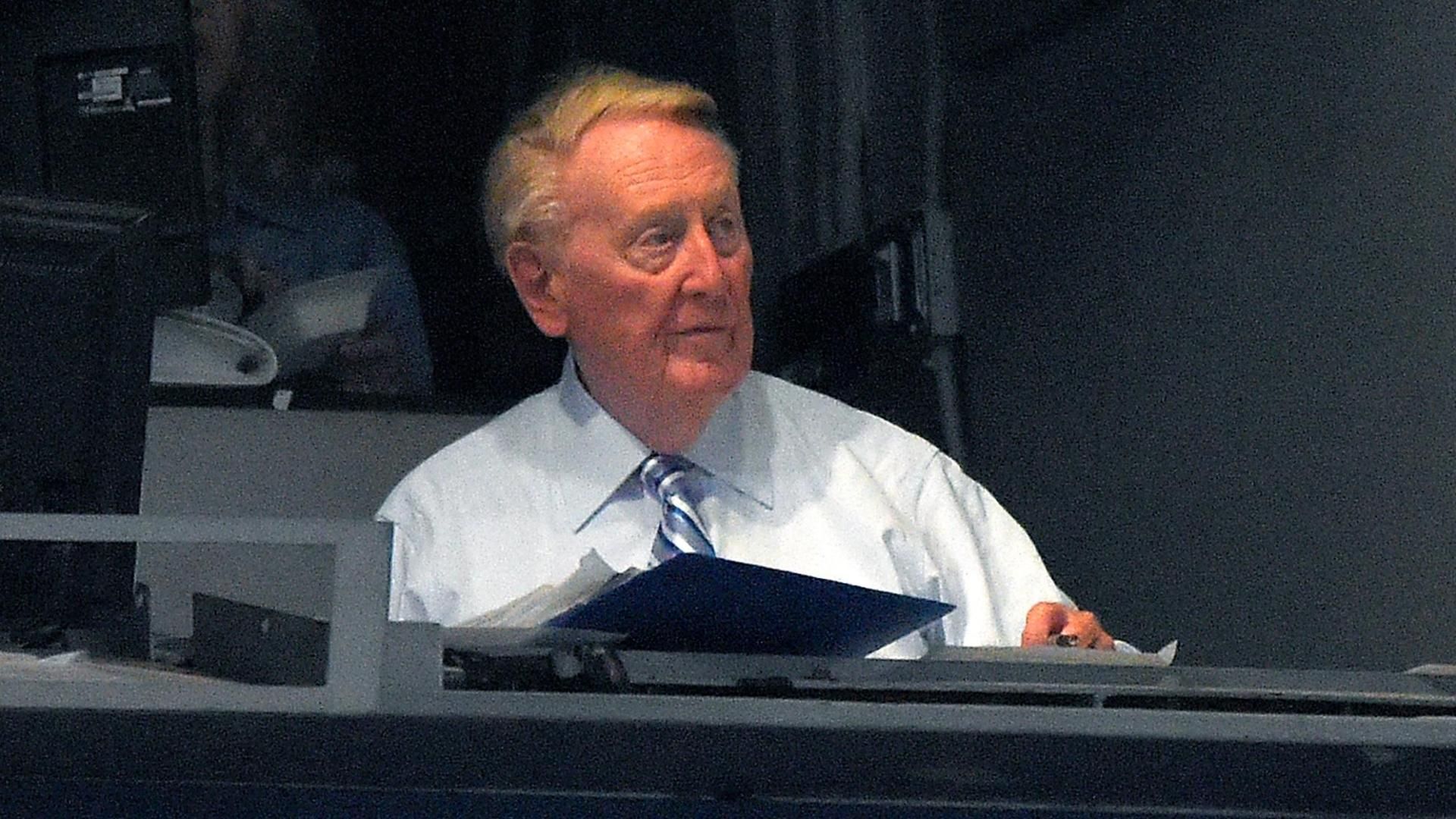