Burfict was given the suspension to start the 2016 season for a hit to the head of Pittsburgh Steelers wide receiver Antonio Brown last month in the wild-card round. Burfict received an unnecessary roughness penalty on the play that resulted in a concussion for Brown.

Separately, sources say, Burfict met Thursday with NFL commissioner Roger Goodell to discuss his on-field behavior and steps he could take to avoid further disciplinary action in the future. Burfict, his agents and Bengals coach Marvin Lewis were at the meeting Thursday with Goodell and NFL executive VP Troy Vincent.

One source said the meeting was at the request of Burfict and Lewis, and compared it to similar meetings in the past involving players such as Ndamukong Suh, James Harrison and Brandon Meriweather. Goodell and the league view such meetings as productive and point out that none of those players has returned since the meetings in question.

Burfict was also fined $50,000 for a hit on Baltimore Ravens tight end Maxx Williams in Week 17. In Week 8, Burfict drew ire after celebrating what turned out to be a season-ending hit on Steelers running back Le'Veon Bell. That tackle precipitated generally chippy play in the two other meetings between the Bengals and Steelers last season. It was after the Week 14 meeting in Cincinnati that Burfict was fined for three incidents for a total amount that was just shy of $70,000.

In January, a source told ESPN that Burfict had been looking to meet with the commissioner in hopes of having his suspension reduced.

The three-game ban will cost Burfict $502,941 of his 2016 base salary, and he will have forfeited $647,395 since just before the 2014 season, when he signed a four-year, $20 million contract extension. Burfict has been flagged 16 times for personal foul penalties in the regular season and postseason since entering the league in 2012.

Despite his streak of penalties, Burfict remains one of Cincinnati's top defensive players. He recorded 74 tackles, one sack and two interceptions in 10 games last season.

Information from ESPN's James Walker and Coley Harvey was used in this report. 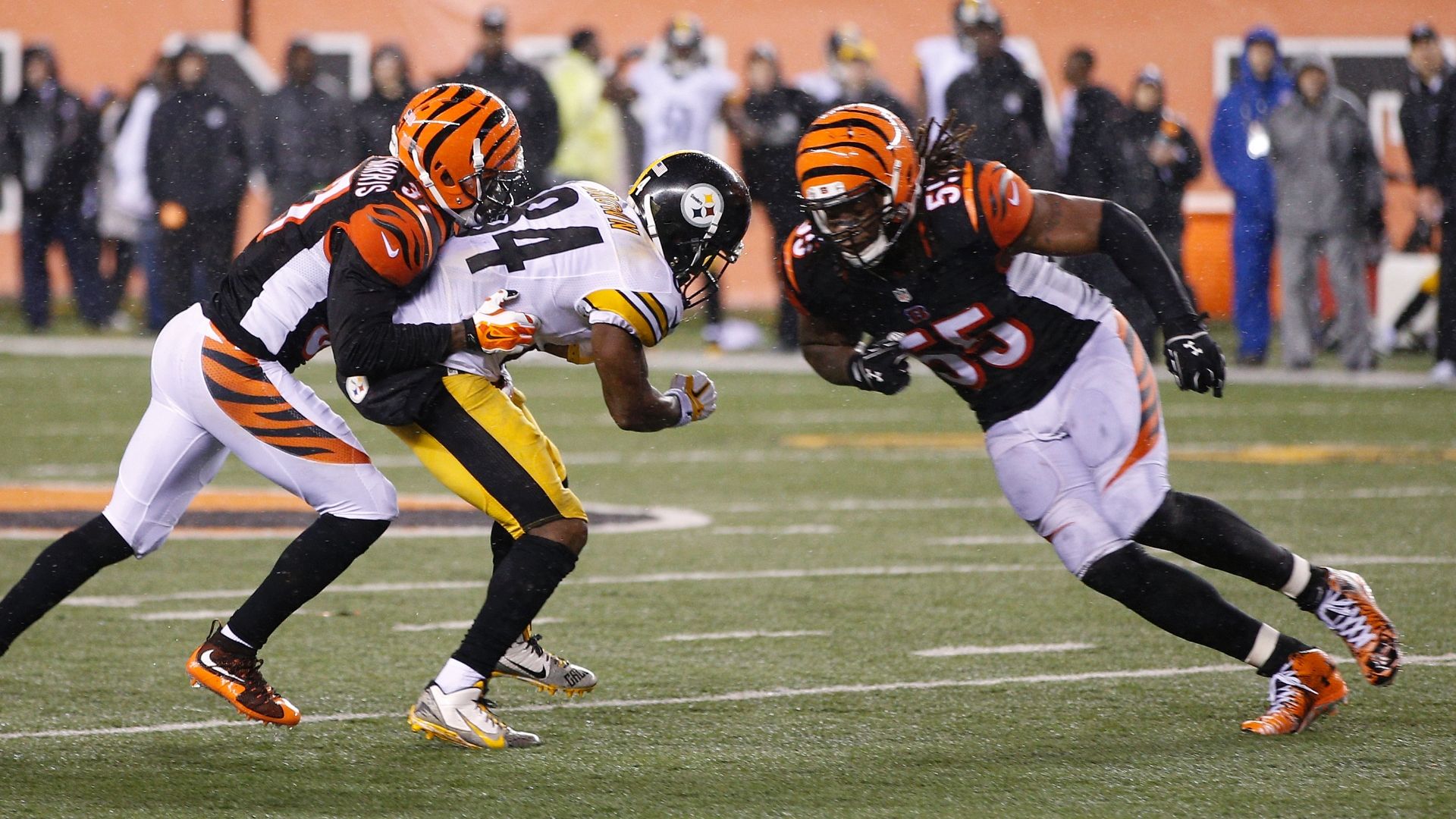