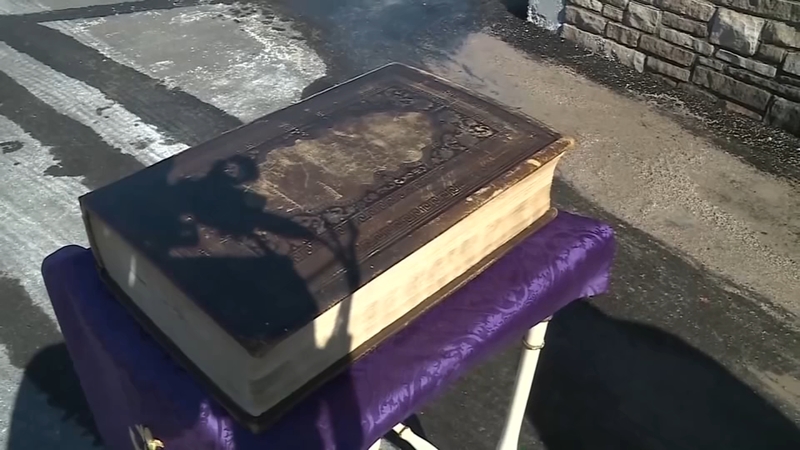 A Wisconsin community has found hope even as their church has been destroyed by fire. The church's original bible was saved from the flames.

More than 100 community members arrived at the Springs United Methodist Church to say their final goodbye to a building that has so many stories to tell.

"Yes, this is a building. And yes things can be replaced. But these things have lots and lots of memories," one churchgoer tells WSAW.

Members almost broke down into tears when they found out the Plover Fire Department was able to save the original church bible.

"This bible has survived two fires in two different churches. We can't open it anymore. But I think it's a great testament to our faith that still stands strong," said Pastor Tim O'Brien.

The fire department says that this bible was what the congregation wanted to salvage most.