Stormtroopers lined the red carpet to greet the VIP audience for the new, and wildly anticipated "Star Wars: The Force Awakens" world premiere in Los Angeles.

LOS ANGELES -- Stormtroopers marched and droids rolled down the red carpet at "The Force Awakens" world premiere Monday, heralding the return of "Star Wars" after a decade-long absence from the big screen.

A giant opaque tent shrouded the carpet, which was lined with Stormtrooper mannequins and neon lights that resembled giant lightsabers. Inside the tent, a whole constellation of stars were assembled, including Harrison Ford, Lupita Nyong'o, Jon Favreau and Janelle Monae.

Before the film's human stars arrived, the droid BB-8 rolled by the cameras. The soccerball-esque droid has been a popular fixture in trailers for the seventh "Star Wars" film, and it was soon joined by series mainstays C-3PO and R2-D2.

At one point, Fisher turned the microphone on her co-star, Oscar Isaac, and conducted an interview that included her dropping an expletive.

Ford reflected on the impact of the film and the role that catapulted him to superstardom.

"Well, in the '70s nobody knew what to anticipate," Ford said in an interview with Starwars.com. "Nobody had ever seen anything like it. Now we have to live up to what the first films delivered."

Despite being in charge of "The Force Awakens" for the past three years, director J.J. Abrams seemed overwhelmed by the magnitude of the premiere.

"It's very surreal. I've never seen this kind of thing," he told Starwars.com. "It's insane. I feel enormously guilty for this community, this neighborhood."

Disney took over a half-mile section of Hollywood Boulevard for the premiere, where the film was screening at three theaters. Some 5,000 invited guests would see the characters Luke Skywalker, Leia Organa and Han Solo reunite for the first time on the big screen since 1983's "Return of the Jedi."

In bleachers set up on the boulevard, some fans dressed as X-Wing pilots while others held up helmets resembling those worn by bounty hunters in the film.

Security around the site was high, with metal detectors screening pedestrians and police dogs checking the area.

For those without tickets to the premiere, the most they could see was the outside of the tent.

"We're really disappointed because we are big Star Wars fans, and we were hoping to at least see a little of the celebrities," said Natalie Arnet, a tourist from Paris.

"I understand the need for security," Arnet said.

But for a lifelong "Star Wars" fan, it was tough being that close to the premiere and not getting a better look. "I wanted to see the old cast members because I grew up with these films," she said.

Actors Chadwick Boseman and Sarah Hyland and director Steven Spielberg were among the Hollywood stars who attended what could be the largest Hollywood premiere ever. One of the participating theaters - the iconic TCL Chinese - hosted the premiere of the original "Star Wars" in 1977.

Spielberg praised the franchise, saying he knew when the first film was released that it would be an enduring hit. "It was a slow burn, but I knew it would never go away," Spielberg told Starwars.com.

"The Force Awakens" opens to the public Friday and some expect the film to break box office records, as it has already with presale tickets. 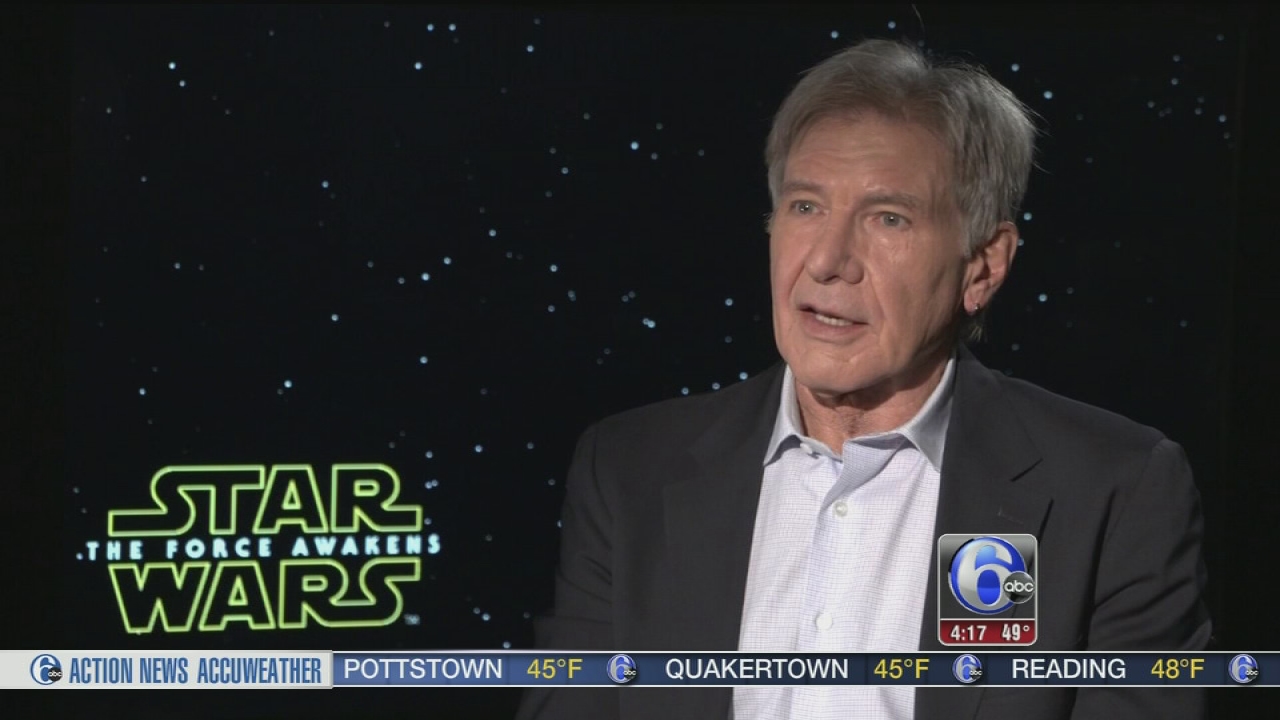