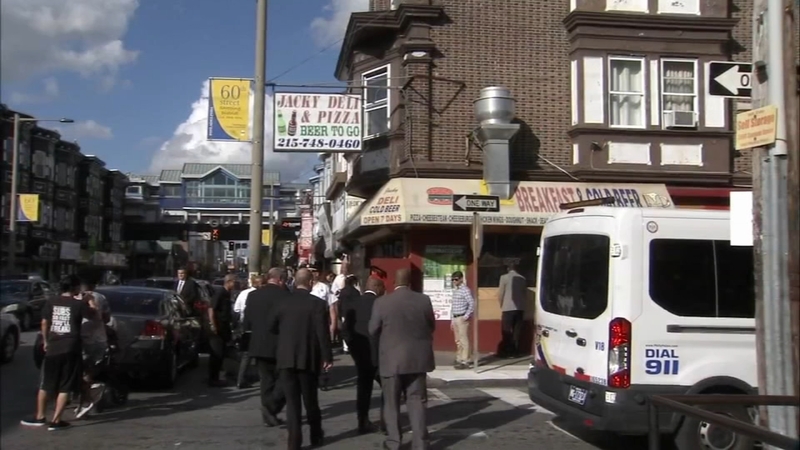 PHILADELPHIA (WPVI) -- It was a field trip of sorts with State Senator Anthony Williams escorting the outing of city leaders, law enforcement, and members of the Pennsylvania Liquor Control Board, including its chairman Tim Holden, for a first-hand look at so-called stop-and-gos in West Philadelphia.

"Frustrated citizens calling my office, asking me to come out and take another tour," said Williams.

Recently, both the city and state passed measures trying to better regulate the small convenience stores that sell soda, candy and booze.

Neighbors said those measures did nothing to stop ongoing problems associated with the spots.

"The bills are nice, but they're not working here in our community," said Kyzar Abdul-Khabir of Cobbs Creek.

Yvonne Sawyer of Southwest Philadelphia said the violations keep getting worse and worse.

"It's constant drug and illegal activities going on-- prostitution now," she said.

The entourage saw plenty of violations just in their short tour Wednesday.

"The question is should we even have these types of establishments and if we do, how we regulate them," said Williams.

It's a question the Liquor Control Board will consider and for that reason members did not comment Wednesday, but residents are hopeful.

"It's just so good to see everybody getting together, finally willing to do something," said Sawyer.

State officials told fed up neighbors that it's absolutely critical that they record whatever violations they see.

In this case, Senator Williams said he will collect their complaints and pass them along to the appropriate officials.