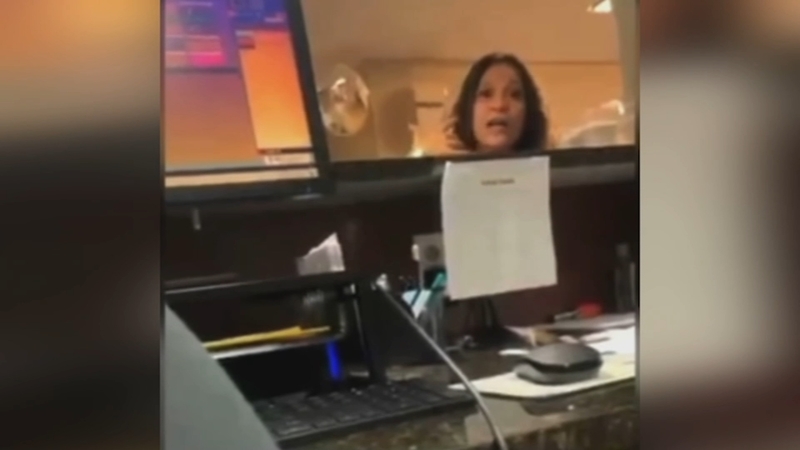 MOUNT LAUREL, New Jersey (WPVI) -- A New Jersey woman is facing charges of bias intimidation, harassment and assault after her tirade of racial slurs was caught on video at a hotel in Mount Laurel.

Police say Elizabeth Trzeciak, 46, of South River, N.J. was not a Super 8 hotel guest, but staying at a hotel nearby.

"I knew when I saw that video it was going to go viral because the behavior is just so appalling," said Michelle Banfe, Vice President of Operations for Delco Development, which owns the Mount Laurel Super 8.

"Upon receipt of it, I took swift action," said Banfe. "We went to the police, we went to the prosecutors and we called the mayor."

Managers say the employee has worked at the hotel for three years and was shocked by the encounter.

"Hospitality, hotels, restaurants, we're all together all the time. And to see someone come into our home and treat our family like that is devastating," said Super 8 general manager Joe Pergine.

This incident comes on the heels of another bias incident earlier this month, also in Mount Laurel.

We spoke to residents who are fed up after watching both incidents.

"Racism isn't something that people are born with. It's learned. So it's just sad. I don't know. When is it gonna stop?" said Aletheia Johnson of Mount Laurel.