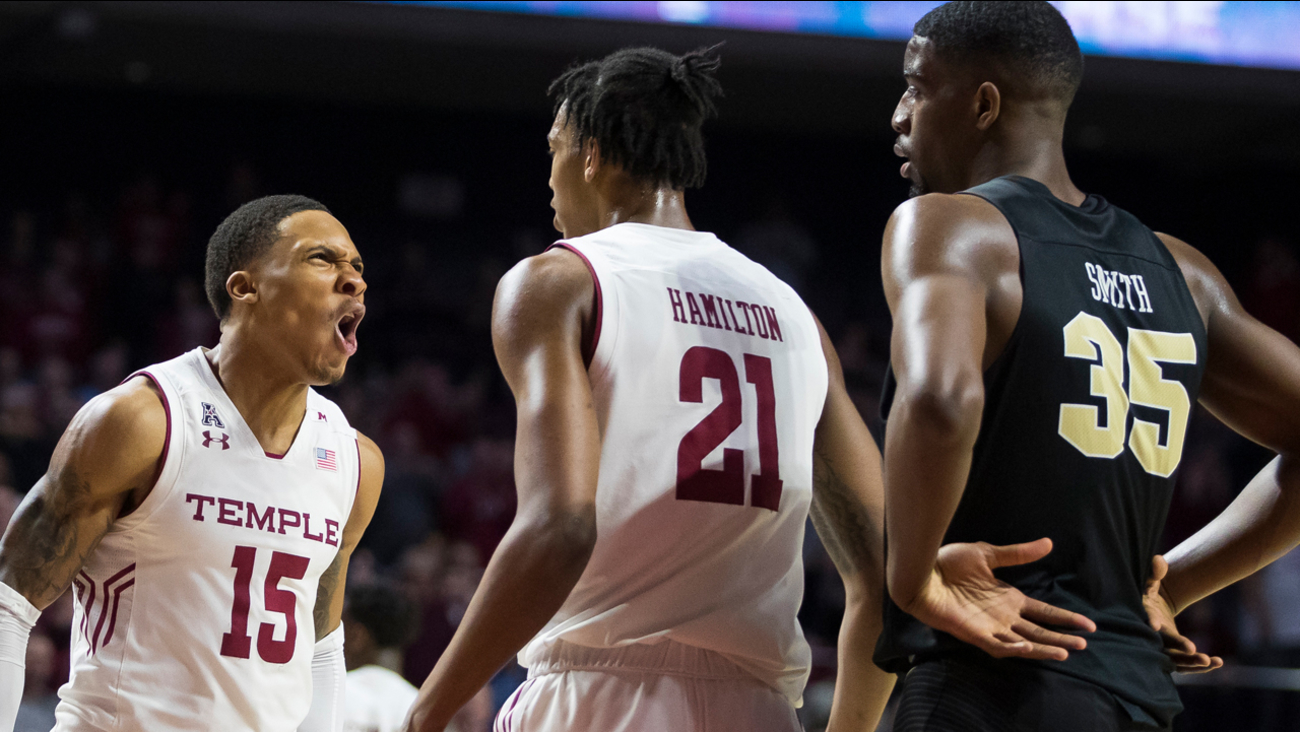 PHILADELPHIA (WPVI) -- Shizz Alston Jr. scored 21 points, Justyn Hamilton tied a career high with 13 and Temple got a critical 67-62 victory over No. 25 Central Florida on Saturday in Owls coach Fran Dunphy's final home game before he steps down at the end of the season.

Quinton Rose broke a 52-all tie with a highlight-reel slam over Central Florida's Dayon Griffin with 4:12 remaining. Rose scored nine of his 11 points in the second half for the Owls (23-8, 13-5 American Athletic Conference), who needed a win over a ranked team to help strengthen their bid for the NCAA Tournament.

Dunphy has coached the Owls since the 2006-07 season. Associate coach Aaron McKie, a former Temple and Philadelphia 76ers star, will take over the program next season. Tributes to Dunphy at the Liacouras Center on Saturday included video messages from Duke coach Mike Krzyzewski and Philadelphia 76ers coach Brett Brown.

Central Florida had a 15-7 lead early in the first half but then Temple ripped off 12 straight, including 10 with UCF big man Tacko Fall on the Knights' bench, where he'd spend the last 9:47 of the first half after picking up his second foul. Temple, paced by Alston's 12 first-half points, led 35-34 at the break.

Central Florida: With Fall in foul trouble, Temple did its best work. UCF has plenty of fire power to make some noise in the tournament, but Fall's presence on the court gives them the best chance at winning.

Temple: The Owls scored a critical win against a surefire NCAA Tournament team. Their ticket is likely punched, but a win or two in the American tournament wouldn't hurt.

Both teams head to Memphis for the American Athletic Conference tournament. Temple and UCF both have a bye to the quarterfinals and start play on Friday, March 15.