WPVI
By Dann Cuellar
PHILADELPHIA (WPVI) -- In a timely and eye-opening new study, researchers at Temple University found a correlation between measures taken by the City of Philadelphia to combat COVID-19 and the surge in gun violence.

A team led by Dr. Jessica Beard, assistant professor of surgery and director of trauma research at Lewis Katz School of Medicine, wanted to know why they were seeing such a huge spike in gun violence patients.

"It was in March actually that we saw a significant and sustained increase, nearly double of our violence in the City of Philadelphia," said Dr. Beard.

Using public data from the Philadelphia police, from January 2016 through November 26, 2020, they found an alarming correlation.

"This research pretty empirically shows that the increase or the uptick in gun violence happened following the enactment of the containment policies," said Dr. Beard. 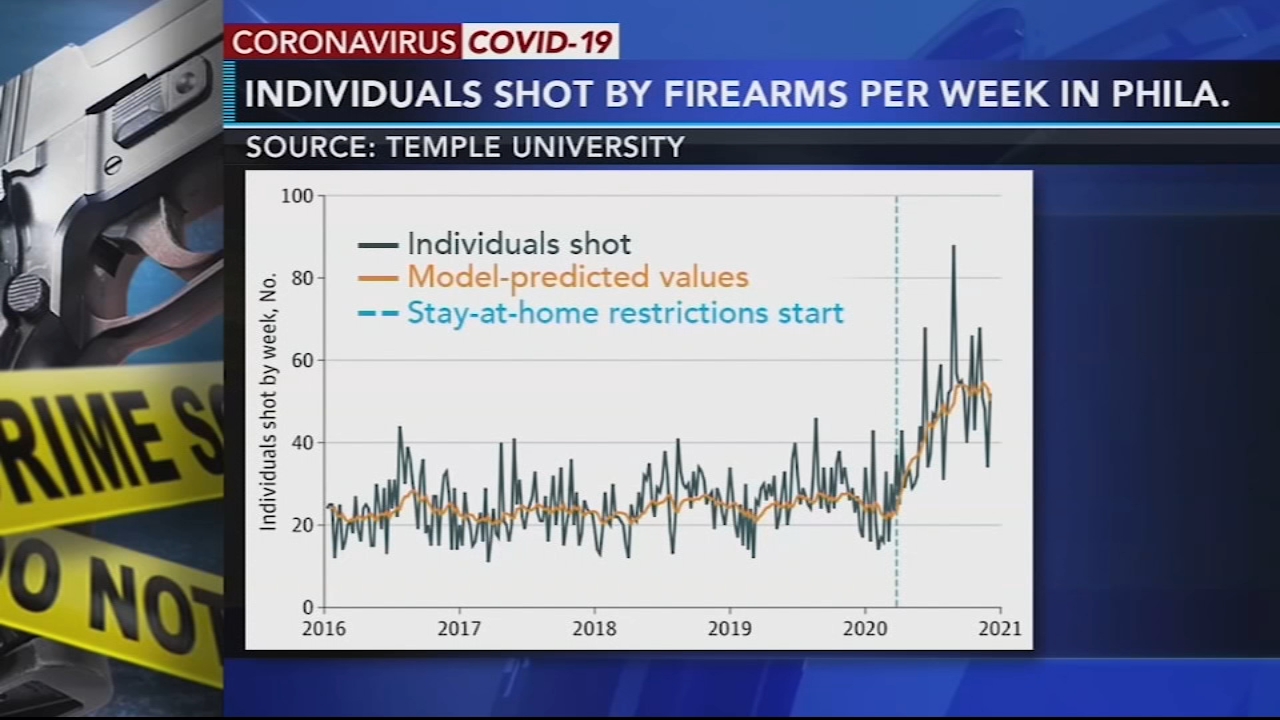 The research further found that the pandemic has exacerbated issues such as poverty, unemployment and structural racism that are empirically tied to violence in Philadelphia.

Politicians are coming under fire as gun violence continues to surge in the City of Philadelphia.

"It is affirming that we are looking at this issue of gun violence, of systemic oppression with the right lens," said Atwood.

But community activists like Tyriq Glasgow of Young Chances Foundation wants to know what the city is doing to address the crisis.

"If you went to the doctor and the doctor knew that you were terminally ill, his job is to keep you alive. What is the City of Philadelphia doing for its patients?" asked Glasgow.

Glasgow says since the pandemic containment effort, the number of people coming to his foundation to get food, clothing and other resources has surged. He says the city needs to come up with a plan.

"We are absolutely addressing disparities but we don't print money. We need support from the federal government," said Atwood.