Pair of brothers first to play together in Temple basketball history 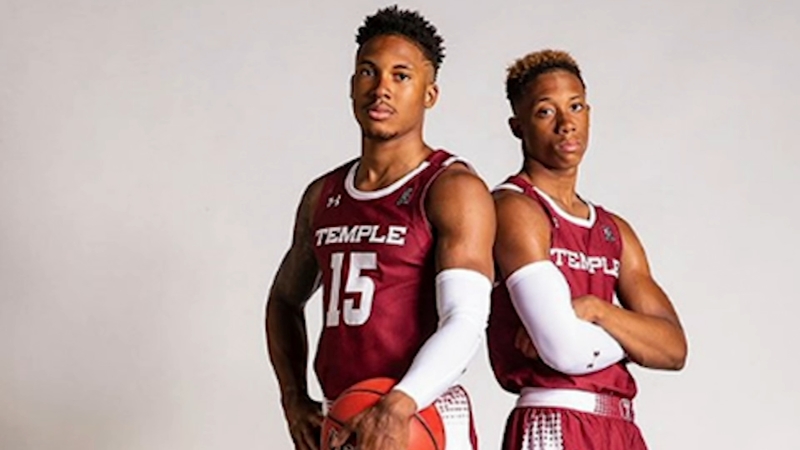 Pair of brothers first to play together in Temple basketball history

PHILADELPHIA (WPVI) -- Averaging almost 19 points and 11 rebounds a game for Temple, Nate Pierre-Louis is having quite a start to his junior season.

But the icing on the cake is who he gets to share it with-- his younger brother Josh, an Owls freshman.

"It's a dream come true," says Nate. "It's like playing in the backyard every single day."

The two say playing together is so natural because they know each other's tendencies.

And off the court, Nate is always looking out for his little brother. Believe it or not, they're the first set of brothers to ever play together in the storied history of Temple basketball.

And they'd like to win a national title together.

But you won't see them playing one-on-one, and that's because of their battles as kids which would end with Nate winning, and Josh biting him.