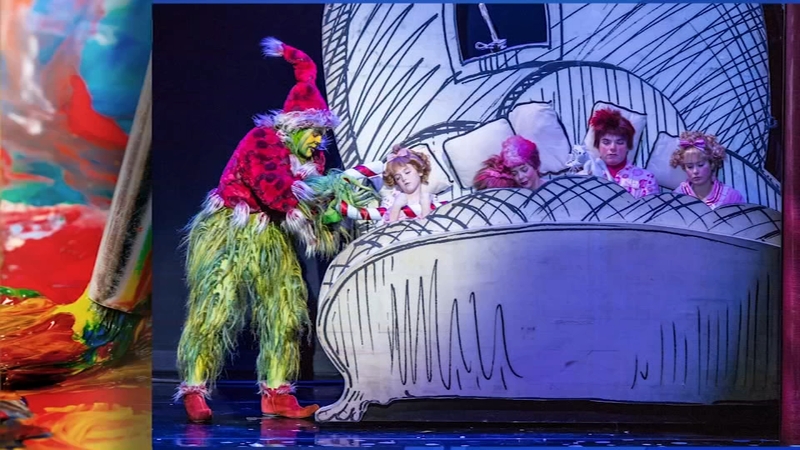 He may be a mean one but The Grinch Who Stole Christmas is a holiday favorite, and the Broadway musical is coming to the Merriam Theater.

"Talk about a family event. It's so great to see the kids and their parents together really experiencing it," says Frances Egler, The Kimmel Center's Director of Programming and Broadway Philadelphia.

"I'm big green and hairy and a little smelly," declares the Grinch himself, in describing the stage version of the tale, which is told from the perspective of The Grinch's dog, Max.

"There's an old Max and a young Max in the show. Young Max is my puppy in the show and old Max is the one who narrates the show. He's big and fat and has a beard," The Grinch declares, "Fatter than me."

And the Grinch, whose 'heart is two sizes too small,' schemes to steal Christmas away from the holiday-loving Who's in the town of Whoville.

"I'm not quite a who, more of a what," The Grinch explains. "I steal all the presents and I have my own number called "One of a Kind" - best part of the show."

Other hits include "Welcome Christmas" and "You're a Mean One, Mr. Grinch." But in the end, one of the Whos manages to grow the Grinch's heart.

"A darling little Who name Cindy Lou Who," says the Grinch. "She gets me right there, right in the old ticker," he says as he points to his heart. "She's cute and lovable. I don't want to talk about it. You have to come see the show. You're getting too much out of me."

It's a tale of the true meaning of Christmas in a show the New York Times calls "100 times better than any bedside story."

"It's so different than just the half hour on television," Egler says. "And the Grinch really feeds off the audience."