This comes as the attorney of the boy shot has filed a lawsuit against the officers involved.
WPVI
By 6abc Digital Staff, Walter Perez and George Solis 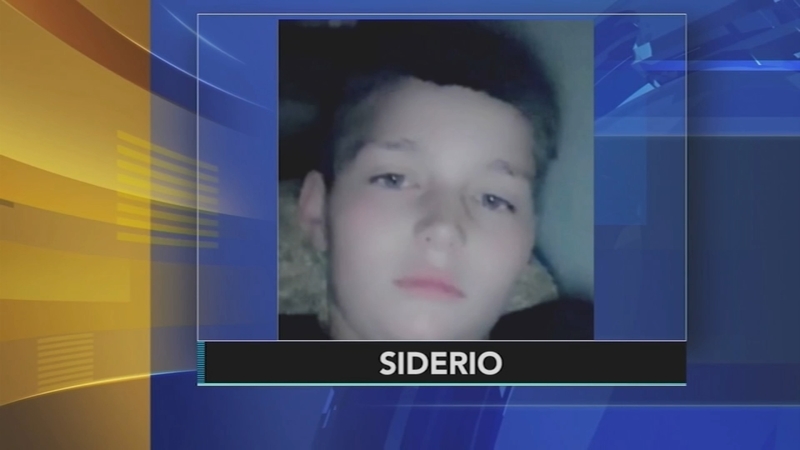 Philadelphia police officer who shot 12-year-old to be dismissed

PHILADELPHIA (WPVI) -- The Philadelphia police officer who shot and killed 12-year-old Thomas Siderio Jr. last week, after several officers were shot at during an investigation, will be fired.

The name of the officer is being withheld by the department because of what Outlaw said is an ongoing investigation into threats against the four officers who were present at the shooting.

"It's tragic, the circumstances that even led our young people out there in the first place. And it's tragic that we had one of our own, again, go against everything who we say we are," Outlaw said.

According to Philadelphia police, the four plainclothes officers were in an unmarked car were conducting surveillance at 7:20 p.m. on March 1 as part of a task force responding to social media posts involving a gun. The officers said they saw two young males on a corner - one of whom appeared to be carrying a handgun - and recognized the older one as someone wanted for questioning in that firearms investigation.

According to police, the officers moved the car near the two youths and turned on their emergency red and blue lights. A short time later they heard a gunshot and the shattering of glass as a bullet entered their back window and ricocheted through several surfaces in the car. An officer was stuck by glass in the face and eye and was treated for his injuries.

Witnesses had given conflicting accounts of the officers not identifying themselves as police or turning on the vehicle's emergency lights. But at the conference Tuesday, Outlaw said she had reviewed corroborating evidence that had confirmed for her that the officers had turned the lights on prior to the gunshot that came through their rear window. She declined to elaborate on what that evidence was.

Two officers exited the vehicle and fired two shots toward Siderio who they said was still holding a gun, police said. Siderio began to run down the street and one officer chased him and fired two additional shots.

Siderio was struck once in the back. The bullet exited through his chest. Police rushed the boy to the hospital where he was pronounced dead.

Questions have been raised about whether Siderio still had the gun in his possession when he was shot. Original reports from police said they recovered the gun, which had been reported stolen. Outlaw said Tuesday that she could not comment on where the gun was recovered or whether Siderio had tossed it prior to being shot.

Attorney Conor Corcoran tells Action News the family contends Siderio was not in possession of a gun when he was shot.

During Tuesday's news conference, police were asked about how officers check for gunpowder residue, including whether fingernails would be removed as part of an investigation.

"There are several methods that we utilize to collect evidence and I won't be able to tell you at this point whether that's one of the ones that we utilized," Outlaw said.

"This unseemly speculation about his guilt - from Philly PD, in particular - is just the latest example of their own interest in covering their tracks, rather than atoning for this unforgivable act of malice and murder," Corcoran said.
The Fraternal Order of Police said it had no comment on today's developments.

District Attorney Larry Krasner called the shooting a "tragedy," but had no further details.

"When it is appropriate for us to do so, we will disclose findings of our currently active investigation and decision on whether or not to pursue any criminal charges," Krasner's office said in a statement.

Mayor Jim Kenney said he fully supports the decision to dismiss the officer.

"No matter what the outcomes of these investigations are, this is a deeply troubling incident with a tragic loss of life," Kenney said.