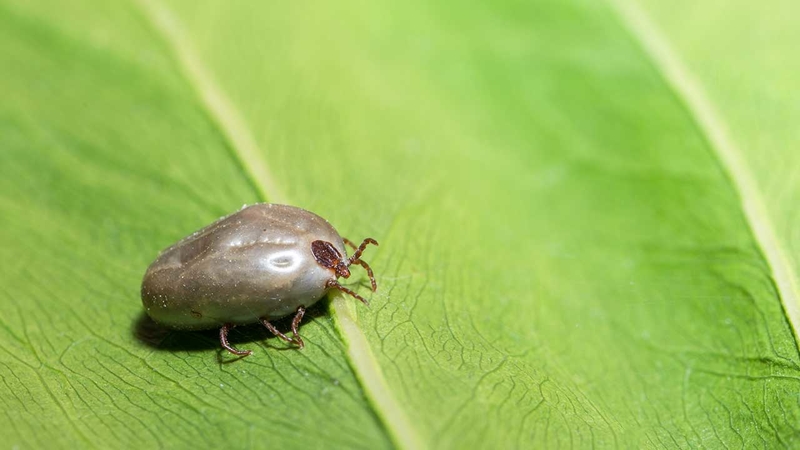 An invasive tick species found on a sheep in New Jersey last year still has officials concerned, and now it's being found elsewhere.

Haemaphysalis longicornis ticks, also known as long-horned or bush ticks, are native to East Asia, New Zealand and Australia. Health officials counted more than 1,000 of the species in a 1-acre Hunterdon County paddock in October, AccuWeather reports. Dr. Nancy Troyano, entomologist and director of technical education and training for Rentokil Steritech, told AccuWeather that the tick's presence is a mystery.

"It is currently unknown exactly how this tick wound up here," she said. "The particular sheep [on which the ticks were found] is the only animal on the property and had not left the property for many years."

The ticks have now survived the winter, renewing concerns. The females of this particular species also possess the ability to produce without a male, making them especially prolific. As of late April, they have also been confirmed in Union and Middlesex counties in New Jersey and in Albemarle County, Virginia.

The ticks did not appear to carry pathogens, according to health officials, so they are not worried about threats to humans in the area.

"If your children are out playing in the yard, or if you're out gardening, there's a very remote chance that you're ever going to see a long-horned tick," Tadhgh Rainey, division head of the Hunterdon County Health Department, said in a recent online broadcast.

Anyone caring for livestock, though, should be cautious. The New Jersey Department of Agriculture has urged farmers to be on the lookout for the tick, as well as signs of anemia and decreased growth.