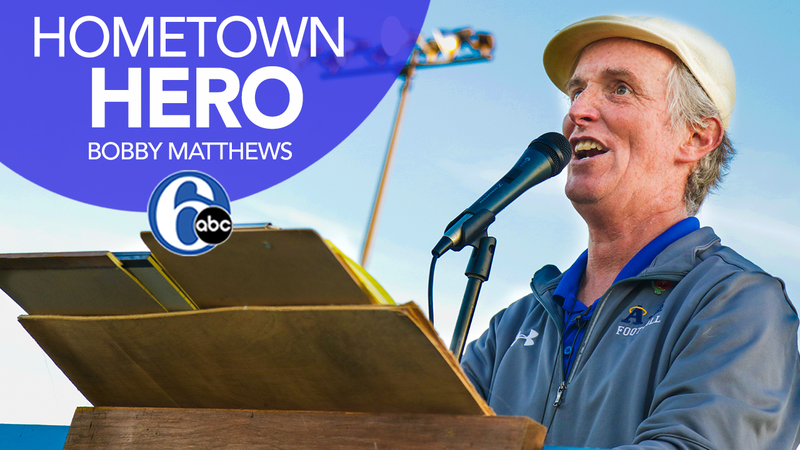 UPPER DARBY, Pa. -- The St. Laurence/Annunciation football team in Upper Darby has an additional support on their team like no other.

His name is Bobby Matthews. For the last 25 years, he has proudly announced play after play at each game.

Bobby, an avid Philadelphia sports fan, grew up playing football. Apart from his favorites on the field, his inspirations were Harry Kalas and Merrill Reese. This lead him to become the official voice of St. Laurence/Annunciation football.

Bobby has tackled Asperger syndrome with superhuman energy and enthusiasm for the sport. Generations of students have come through the school and been inspired by him overcoming his disability. Even at away games, Bobby brings his megaphone and makes every player feel like an NFL legend.

The community recognized him last night with a ceremony of appreciation. He was gifted with an official football jacket, a proclamation from the Mayor, and a football autographed by one of his inspirations, Heisman Trophy winner John Cappelletti.