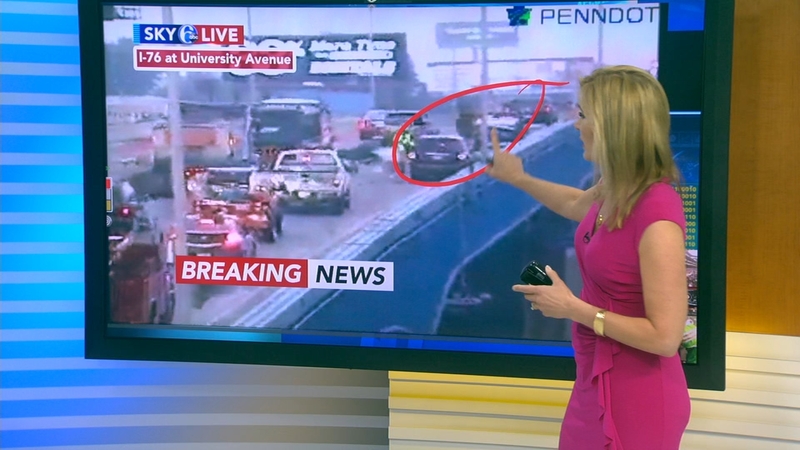 The crash happened around 6:15 a.m. Thursday on I-76 at University Avenue blocking all westbound lanes.

And now it looks like 4 accicents on I-76. The WB accident at University blocks all lanes. Within the EB gaper delay an accident just happened and now a lane is blocked there too. @6abc pic.twitter.com/DDh6l5oGIr

A gaper delay formed in the eastbound lanes and another accident happened as a result.

There were seven total crashes on the Schuylkill during the morning rush.

A crash near Belmont Avenue involved five vehicles, but that has was quickly pushed to the shoulder.