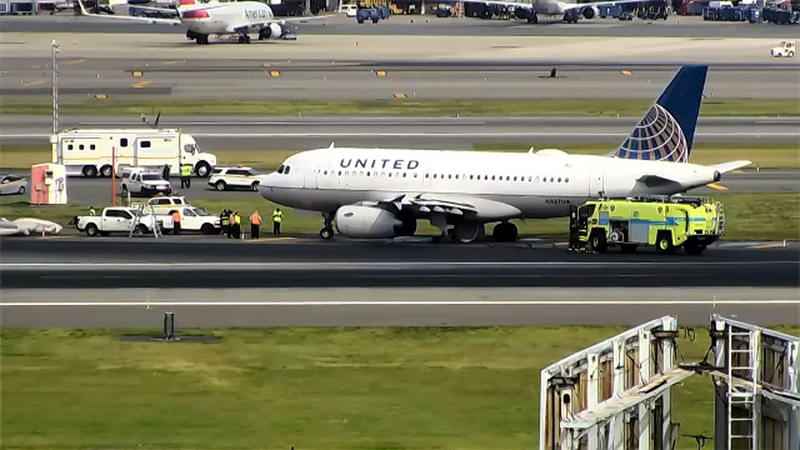 NEWARK, N.J. -- An flight from LaGuardia Airport to Houston, Texas, made an emergency landing at Newark International Airport after the plane experienced a brake problem, the FAA confirmed.

The Airbus A320 landed on Runway 22L around 8:46 a.m. Saturday, and the two left main tires blew when landing.

Passengers were deplaned via slides, according to the FAA, but the number of passengers aboard the plane is unknown. They were taken to Terminal C.

At the time, all arrivals and departures were canceled but have since resumed, the airport tweeted. Travelers should expect delays.

According to United Airlines' website, flight 2098 was diverted to Newark, but officials have not confirmed that this was the flight that made the emergency landing.

A passenger tweeted that he was flying from LaGuardia to Houston when his plane made an emergency landing. His photo appears to show passengers evacuated from the plane.

UA2098 LGA-IAH had to make an emergency landing at EWR. Best I know--had a flat tire on takeoff(?), friction in the wheel well created some smoke. Flight crew and emergency response teams are top-notch. pic.twitter.com/oR2ndSUU0J

Officials said there were no reported injuries.

The FAA is investigating the incident.