During the incident, an SUV left the road and hit the side of the Life in the Word Outreach Ministry.
WPVI
By 6abc Digital Staff 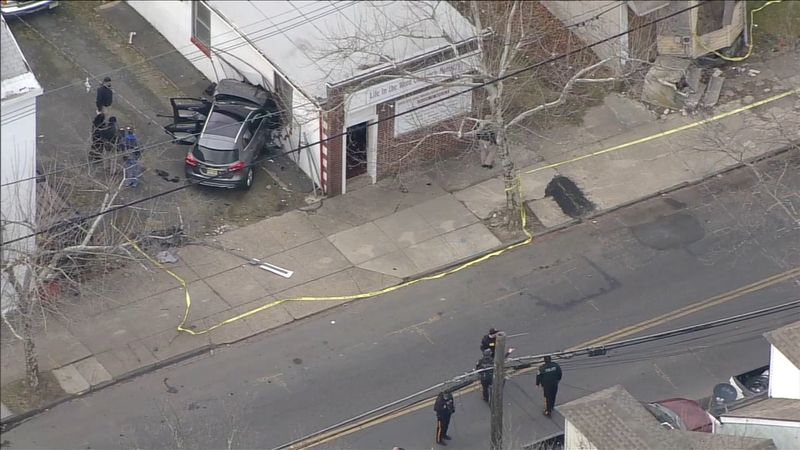 TRENTON, New Jersey (WPVI) -- A man and a woman were shot while inside a vehicle Tuesday afternoon in Trenton, New Jersey.

According to authorities, officers were called to the 900 block of MLK Boulevard at about 3:45 p.m.

During the incident, an SUV left the road and crashed into the side of the Life in the Word Outreach Ministry.

The vehicle was "heavily damaged and appeared to have numerous bullet holes," officials said.

A 21-year-old woman was shot in the face and was also taken to an area hospital where she remains in stable condition.

No arrests have been made and the investigation is ongoing, police said.