Fellow Democratic presidential candidates stepped up to defend Sen. Kamala Harris on Saturday from what they termed "racist" attacks.

The criticism, fueled by a conservative commentator and amplified by Donald Trump Jr., also revived debate over "birtherism" -- a false allegation that dogged President Barack Obama.

Ali Alexander, a black conservative political commentator, tweeted Thursday during the Democratic debate that Harris's comments on race were "freaking disgusting" and said she was not "an American Black."

"Kamala Harris is *not* an American Black. She is half Indian and half Jamaican," he tweeted. "I'm so sick of people robbing American Blacks (like myself) of our history. It's disgusting. Now using it for debate time at #DemDebate2? These are my people not her people. Freaking disgusting."

Harris was born in Oakland, California, to a Tamil Indian mother and Jamaican father.

Alexander openly claims he is a "#NeverKamala" supporter. He later said he was only making the distinction that her ancestors were Jamaican, not African American, and "didn't experience Jim Crow or US slavery."

Trump Jr., the eldest son of the president, retweeted Alexander's comments during the debate, adding, "is this true? wow," before later deleting the tweet.

A spokesman for the president's son said Trump Jr. asked the question because he wasn't aware of Harris' heritage.

"Don's tweet was simply him asking if it was true that Kamala Harris was half Indian because it's not something he had ever heard before," the spokesman told ABC News. "And once he saw that folks were misconstruing the intent of his tweet he quickly deleted it."

Sen. Elizabeth Warren was the first Democratic opponent to weigh in on Alexander's comments. It's not clear which candidates were aware of Trump Jr.'s deleted tweet.

"The attacks against @KamalaHarris are racist and ugly," she tweeted. "We all have an obligation to speak out and say so. And it's within the power and obligation of tech companies to stop these vile lies dead in their tracks."

In the years prior to his candidacy, in 2011, President Donald Trump repeatedly -- and falsely -- questioned whether Obama was an American citizen. Even during the campaign, five years after Obama produced his long-form birth certificate from Hawaii, Trump refused to answer a question from The Washington Post about whether he believed Obama was American.

Tim Ryan echoed Inslee, saying, "The attack on @KamalaHarris is racist and we can't allow it to go unchecked. We have a responsibility to call out this birtherism and the continued spread of misinformation."

Joe Biden, Cory Booker, Beto O'Rourke, Bill de Blasio and Kirsten Gillibrand all defended Harris, who has not dignified the remarks with a comment. Biden, Obama's vice president, also echoed the criticism of the birther movement.

Harris graduated from Howard University, a historically black university, and was a member of the Alpha chapter of Alpha Kappa Alpha Sorority, the first Greek sorority for black women, founded by black women. 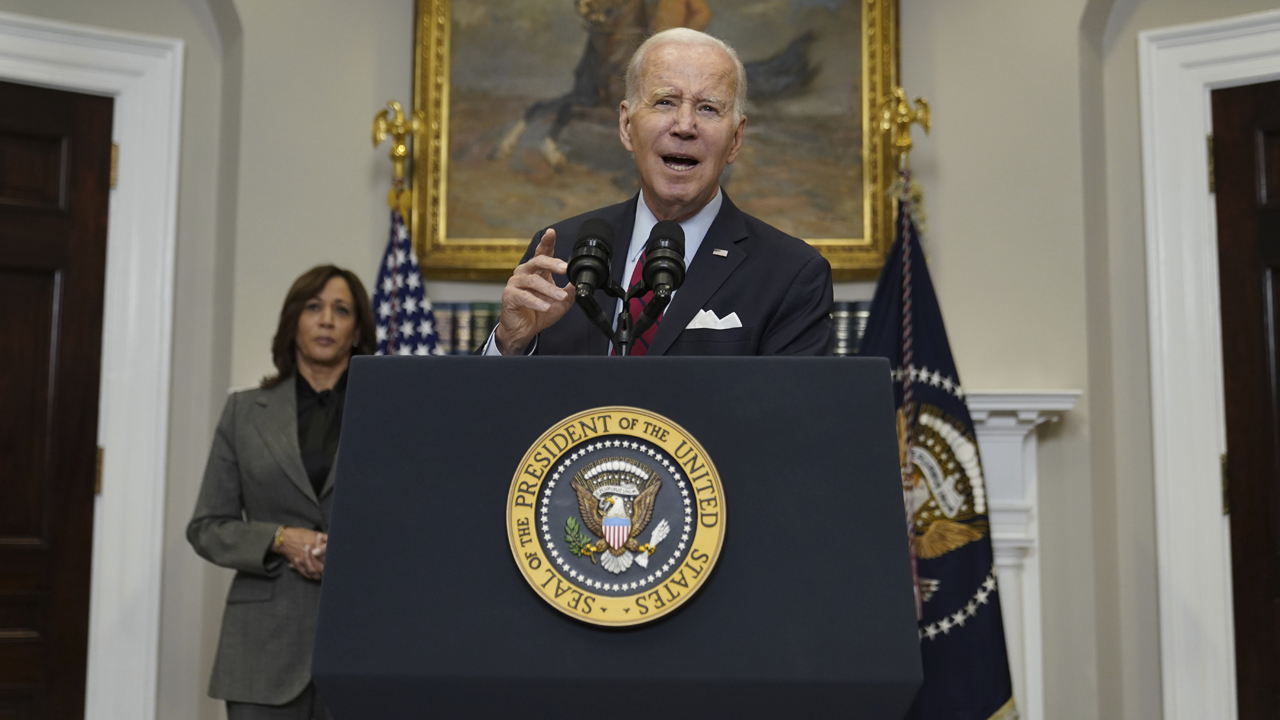