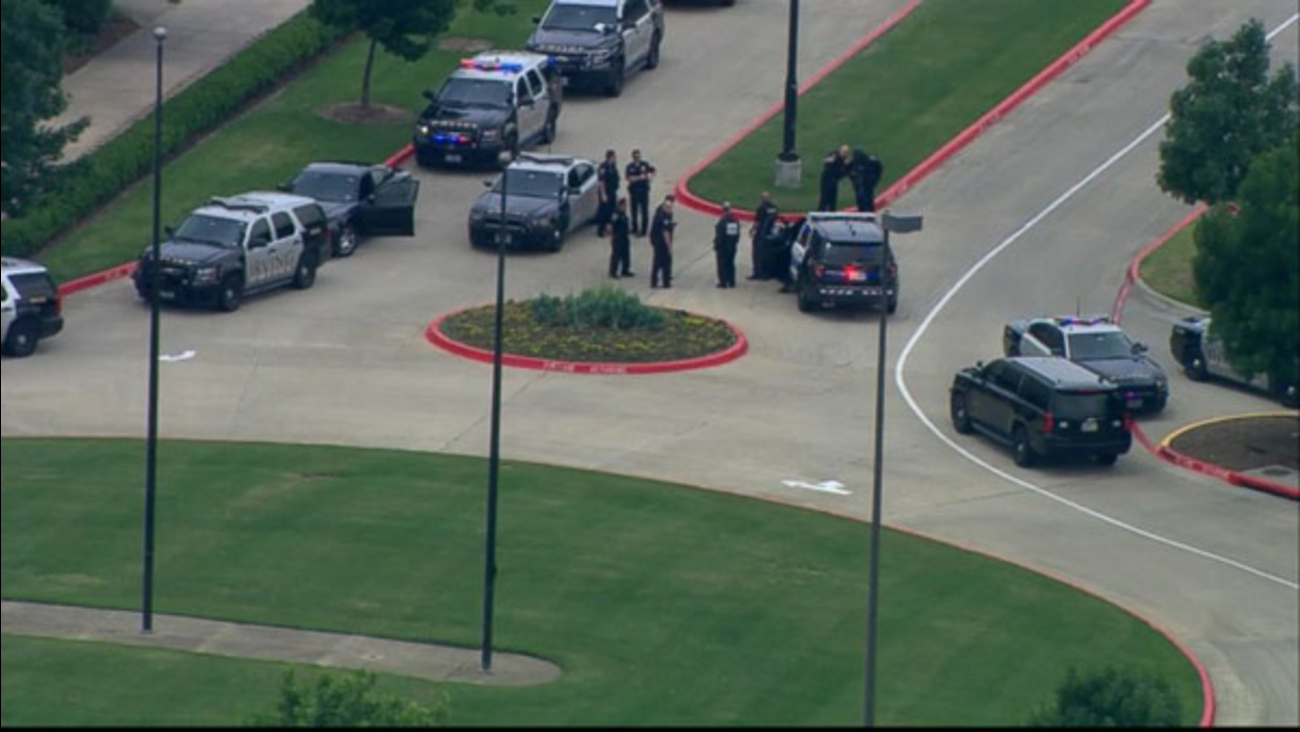 Two people died Wednesday in an apparent murder-suicide at a Texas community college, prompting an active-shooter alert that instructed students and employees to barricade themselves in rooms. It was the second deadly attack on a Texas campus this week.

Irving police spokesman James McLellan said it doesn't appear anyone else was hurt in the shooting at North Lake College, a two-year public school in suburban Dallas. The college said classes will not resume until Friday.

Irving police said on Twitter : "There appears to be no continuing threat but police will continue to search to make the campus safe."

A math tutor at the college, Nasrin Nanbakhsh, said she saw a man shoot a woman in a hallway.

"I saw a guy standing and there was a girl sitting on a chair. I saw him shooting her three times," Nanbakhsh told reporters.

Nanbakhsh said she ran into a room, locked the doors, turned off the lights and waited for help to arrive. She said she also emailed her supervisors to let them know what was happening.

"I just saw the gun, as soon as I looked at it. I saw the gun, and he shot her three times, and it was too close," Nanbakhsh said.

The names of the gunman and the woman have not been released.

North Lake College had issued an alert to students late Wednesday morning telling them to barricade themselves in the nearest room and wait for further instructions from police. Broadcast images showed students rushing from campus buildings as police swarmed the area. Officers with their weapons drawn cautiously moved toward campus buildings.

McLellan said officers at one point were stopping vehicles as they left the campus and had stopped nearby public transportation in an effort to find the gunman.

North Lake College is in Irving, about 10 miles (16 kilometers) west of Dallas, and is part of the Dallas County Community College District.

The shooting came two days after one person was killed and three others injured in a stabbing attack at the University of Texas in Austin. Police said the suspect in that attack was suffering from mental health troubles and at one point had been involuntarily committed for treatment. He has not been charged.