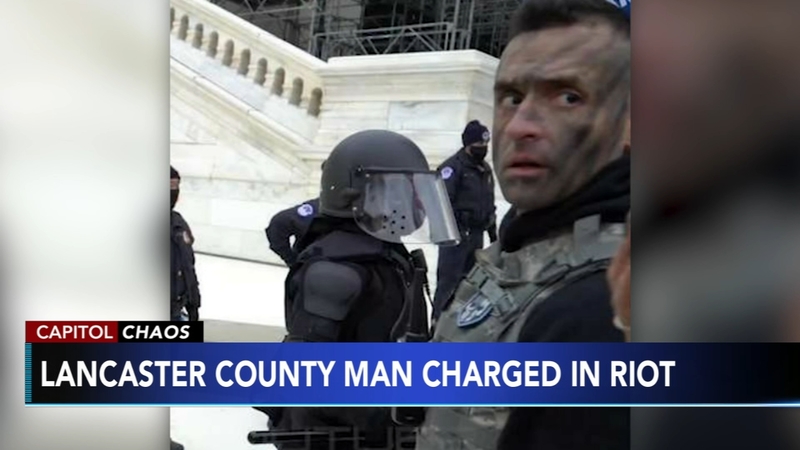 PHILADELPHIA (WPVI) -- Another Pennsylvania man was arrested in connection with the riot at the US Capitol earlier this year.

On Monday, agents detained 37-year-old Samuel Lazar, of Ephrata, on charges of assaulting police and obstruction of law enforcement, according to court filings unsealed Tuesday.

Authorities say Lazar was dressed in tactical gear and camouflage face paint when he aimed a canister of what appeared to be a chemical irritant in the direction of police on January 6. Bodycam video later showed Lazar discharging the irritant. 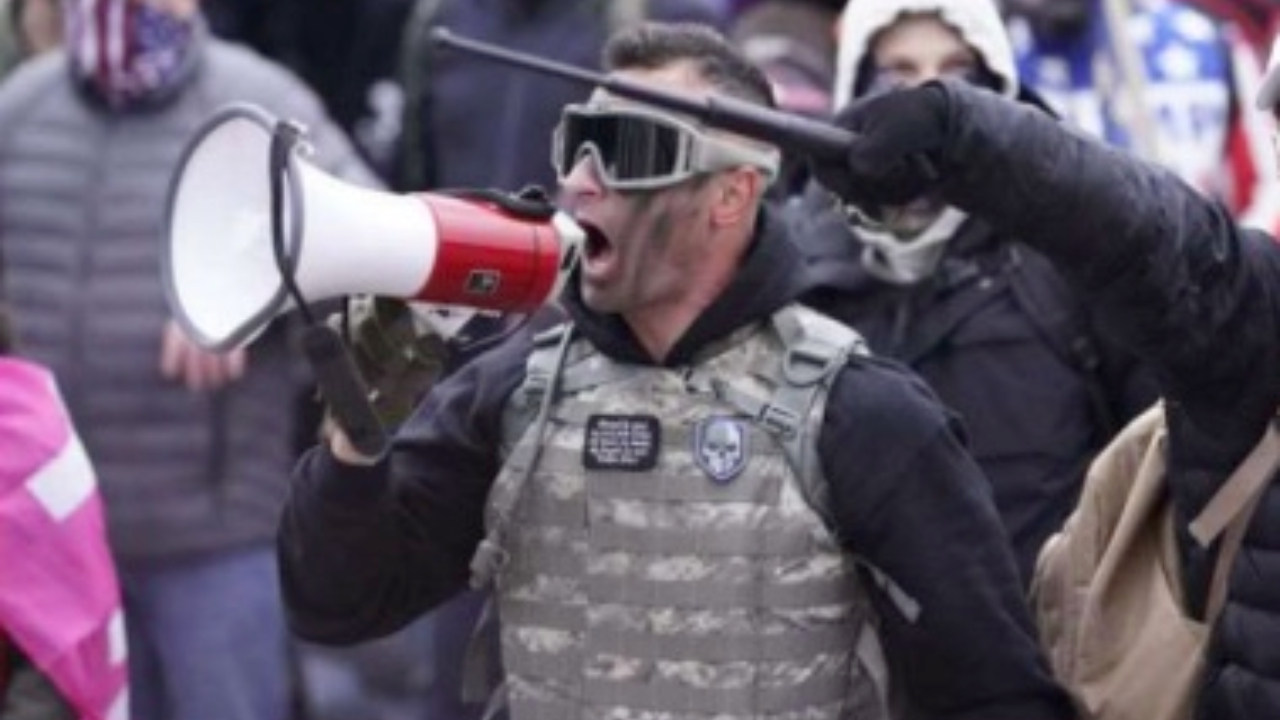 "Lazar was told to get back and police deployed a chemical irritant causing Lazar to retreat down the steps. Lazar then turned to face an officer and redeployed his chemical irritant, causing another officer to lose the ability to see," said law enforcement officials Tuesday.

Lazar has been a regular at "Stop the Steal" and "Reopen Pennsylvania" rallies over the past 15 months, the Associated Press reports.

Four officers who defended the U.S. Capitol during the Jan. 6 insurrection gave emotional and angry accounts of the attack.

In May, he showed up in photos at a fundraiser for state Sen. Doug Mastriano headlined by Rudy Giuliani - who, like Mastriano, has helped spread former President Donald Trump's baseless falsehoods that the election was rigged against him.

Lazar made his initial court appearance Tuesday in the Eastern District of Pennsylvania.