Police: Man in custody after smashing more than a dozen cars in Philadelphia

Police say more than a dozen cars were smashed with a pipe.
WPVI
By Katie Katro and 6abc Digital Staff 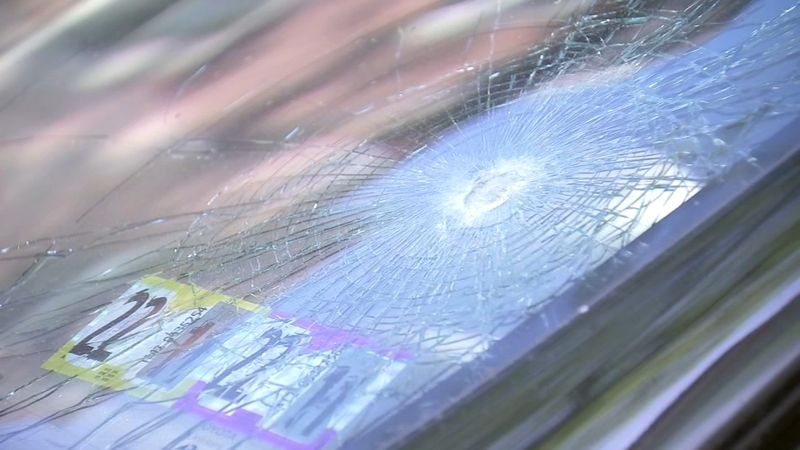 Police: Man in custody for smashing multiple cars in Philly

PHILADELPHIA (WPVI) -- A man is in police custody Saturday after investigators say more than a dozen vehicles and several buildings were vandalized in Philadelphia.

"Just a scary situation. You don't usually see that early in the morning in this neighborhood," said Eric Warner from Fairmount.

"I see this guy with like a 3 foot baton just slamming cars," said Warner.

Police say more than a dozen cars were smashed with a pipe.

"Literally just hitting every car he walks by screaming. I was sitting inside my car, and I didn't know whether to move or not because I felt like starting the engine and moving would have caused more attention to myself," he said.

But his car was hit while he was still inside it.

"It's like, what do I do? You don't know in that kind of violent situation," Warner added.

David Ortega from Society Hill says his car got hit too.

"Frustrated cause like where can I park now? I don't have a garage, so no matter where I go, it's still going to be exposed to the event," said Ortega.

Police say in total, there was several thousand dollars worth of damage to vehicles and buildings on the 1100 block of Walnut Street in Center City.

Earlier this month, the cars parked on the entire block on Lombard Street between 5th and 6th streets in Society Hill were also hit.

Police have not said if the same person is responsible for both incidents.

"It's kind of scary to be frank," said Warner.

Police do have a 39-year-old man in custody. Charges are pending.