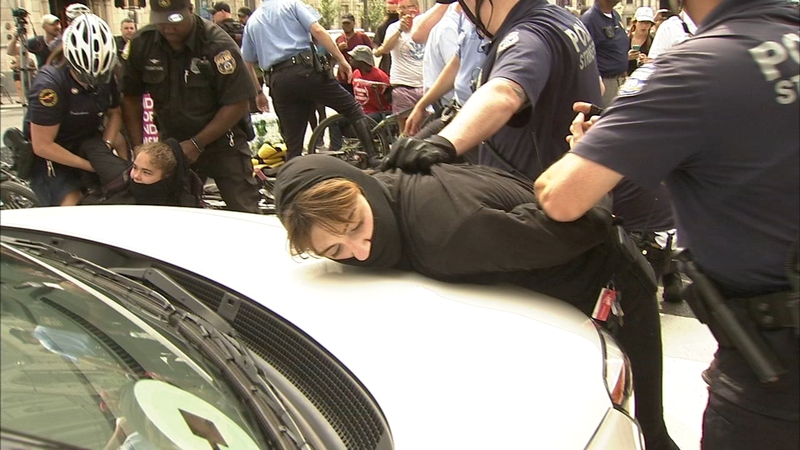 PHILADELPHIA (WPVI) -- Police say they arrested 16 people at a counter-protest to a small Philadelphia march in support of police.

Police say about 75 protesters identifying themselves as part of anti-fascist or "antifa" groups were protesting near City Hall at about 11:30 a.m. Saturday.

Several members began to fight with police, according to authorities.

16 protesters arrested after clash with Philly police. Watch this report from Action News at 6pm on August 25, 2018.

A total of 16 people were arrested, nine of whom were issued citations for failure to disperse and seven of whom charged with misdemeanor disorderly conduct.