Police said surveillance video from the store shows a man walk up to the victim and shoot him in the head.
WPVI
By 6abc Digital Staff and Dann Cuellar 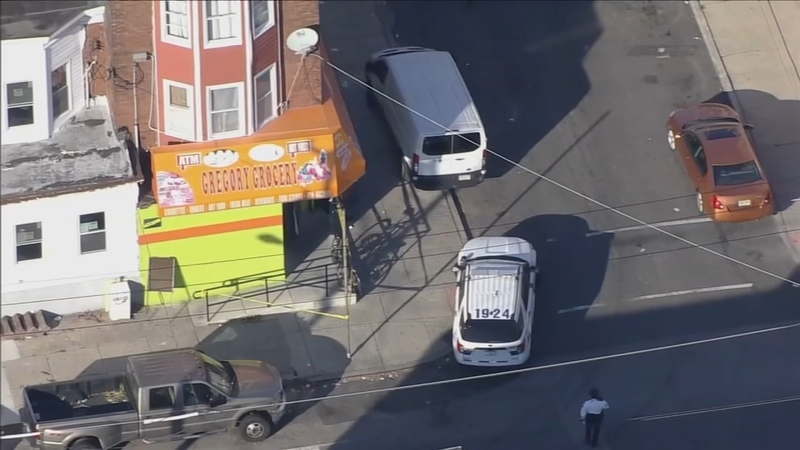 PHILADELPHIA (WPVI) -- One person was killed Friday afternoon in an execution-style shooting at a West Philadelphia grocery store, police said.

According to police, the shooting happened at about 3:45 p.m. Friday at the Gregory Grocery at 50th and Arch streets.


Police said a 38-year-old man was shot once in the head while playing video games inside the store and was pronounced dead on scene.

Surveillance video from the store showed a man walk up behind the victim and shoot him in the head at point-blank range, police said.

Danisha Dingle, a friend of the victim, said he loved playing video games. She spoke to him only an hour before the shooting.

"I told him that I loved him. I'm sad, but I'll try to get through," Dingle said.

As homicide investigators worked to identify and track the gunman, the latest numbers compiled by the Action News Data Journalism team show that so far this year, Philadelphia has more homicides at 445 than New York City's 382, a city that has almost seven times more residents.