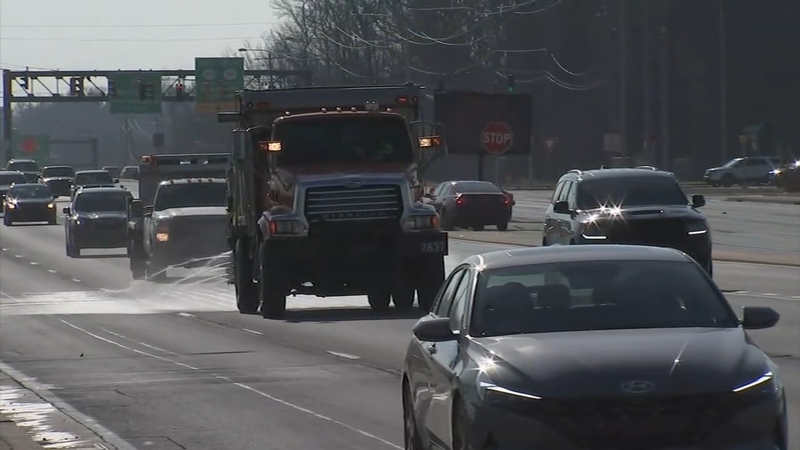 Many gear up for frigid weekend in the Delaware Valley

PAOLI, Pennsylvania (WPVI) -- Winter has officially arrived in Pennsylvania, with temperatures hovering below 20 degrees at times.

"It's being a winter," said Sue Davis of West Chester. "We had the warmest December on record, and now we're having a frigid cold in January."

Far northwest suburbs are getting a significant wintry mix this weekend.

Closer to Philadelphia, it'll be brief snow that turns into rain. Earlier Friday, DELDOT started brining Interstates 95 and 495 in both directions.

"We're really not even concerned," said Steve Young of Devon. "Whatever happens, we'll deal with it."

At the Hardware Center in Paoli, employees said there's been a slight uptick in demand for shovels and salt, but there's plenty of stock on the shelves.

"We haven't had a big one," said manager Jay Wilfong. "When they call a big one, a lot of snow, we will have a lot of shovel sales and salt sales and washer fluid sales."

As drivers hit the road for Martin Luther King Junior Day weekend, AAA recommends drivers stock up their car with winter essentials in case a storm is worse than initially thought.

"Road conditions can deteriorate in a matter of minutes," said Jana Tidwell, manager of public and government affairs for AAA. "So it's so much better to have these things in your car at all times and not need them as opposed to needing them and not having them."