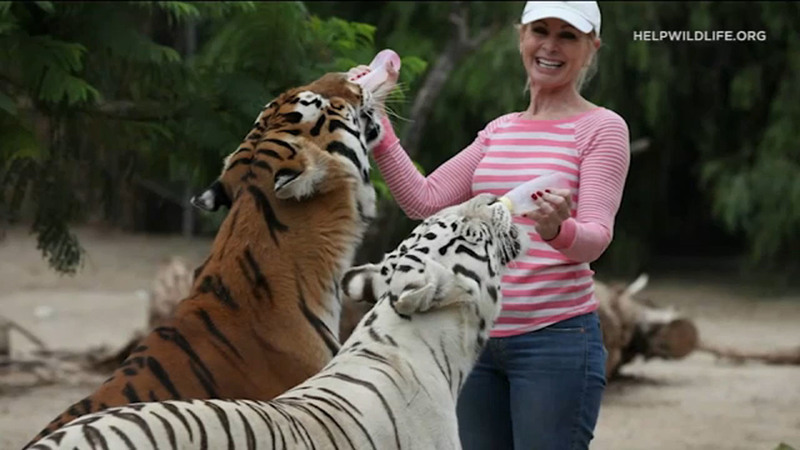 MOORPARK, Calif. -- It was a frightening scene at an animal sanctuary in Moorpark as the founder was seriously injured by several tigers during a special event for donors Saturday.

"A lot of people I'm sure that saw it were horrified thinking the worst. She said it was obvious they were playing with her because they do love her. She raised them from babies," said Michael Bradbury, friend and WEC attorney.

Bradbury said Perry went into the tiger cage as she does every day.

"They began to play with her and the Bengal took both paws and wrapped them around her legs. She fell on the ground and another tiger jumped on her and began to pull on her before they got her out and she got some lacerations," Bradbury said.

Perry has 50 animals at her facility including zebras, birds of prey, and leopards.

Bradbury said animal control is aware of the incident but said he doesn't expect any repercussions.

"It's never happened before. She's gone in on hundreds of occasions," he said.