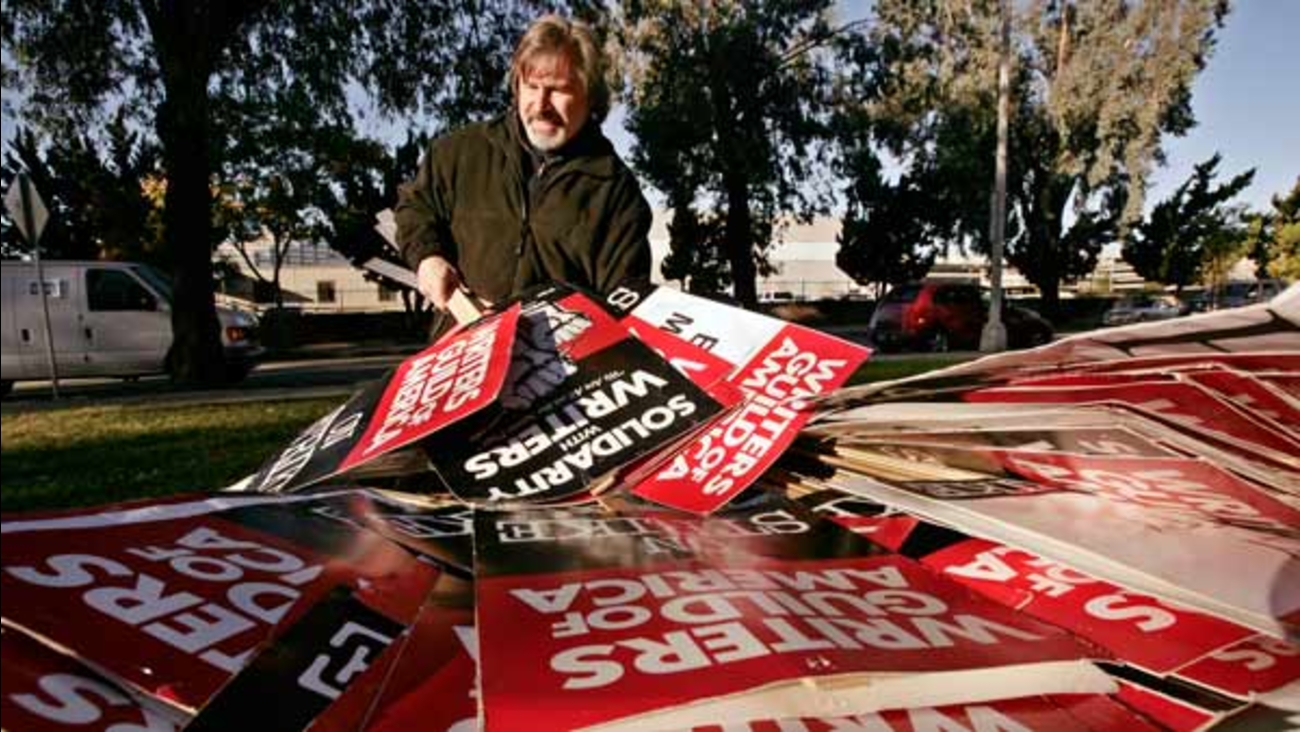 So-called "Peak TV" and its expansive array of series has been great for viewers, say Hollywood scribes, but not so much for writers. On Monday, the Writers Guild of America will resume negotiations over a new contract with the Alliance of Motion Picture and Television Producers, which represents broadcast and cable networks and movie studios.

With the WGA moving to authorize a strike, Hollywood is hoping to avoid a crippling work stoppage like the 100-day strike of 2007 that put prime-time TV into reruns and blockbuster movies on hold.

Several issues are on the table but the most prominent point of debate revolves around the changing nature of the television landscape.

That there are more series than ever - 455 this season, more than double the number six years ago - may seem like a plus for TV writers. But those shows also run for fewer episodes than the traditional 22-24 episode broadcast series. Short seasons of 8, 10 or 12 episodes means less pay for writers whose payment is structured on a per-episode basis.

"Nowadays, two-thirds of all shows including some on broadcast, are produced with fewer episodes but we're still paid episodic fees," says Chris Keyser, a veteran writer and WGA negotiating committee co-chair. "I, for example, have a show on Amazon. And I will work for about the same amount of time as I used to work, almost a year, for eight episodic fees. So I am working for a fraction of what I used to work for, even though the companies are making double what they used to make - and I am not alone."

Five days of bargaining are scheduled to begin Monday after an initial two weeks of talks ended with an impasse and an offer rejected by the guild. The WGA negotiating committee recommended a strike authorization vote, which the guild board and council both seconded. If no settlement is reached, Guild members will begin voting on whether to give their bargainers the authorization to strike on April 19. The current three-year contract expires May 1.

Many doubt negotiations will end in a strike; the two sides came to agreement in 2010 and 2013. Still fresh on the minds of both writers and producers is the protracted 2007 strike. Without writers, late-night hosts were forced to improvise on the fly, the production schedules of major films were jumbled and a season of scripted television was virtually shut down. Estimates suggest the strike cost the Los Angeles economy somewhere in the neighborhood of $1.5-$2 billion.

But screenwriters, who have seen their earnings slide over the last decade, are emboldened to claw back some of their losses.

"One of the most important thing we learned from 2007-2008 is that you get nothing without fighting for it," says Keyser. "We didn't have our minimums, our credits, our pension and health plan or our jurisdiction over new media without ultimately saying that we were willing to fight for those things. That's the resolution that we bring to this negotiation."

Yet Keyser, a former WGA president, says he's "hopeful" for an agreement. "There is plenty of room for the companies to make a move here," he says, claiming they collectively made a record $51 billion last year. "They certainly can afford to do it."

In a statement heading into the resumption of talks, the producers alliance, which represents about 350 companies, said, "Our objective continues to be to reach an agreement with the WGA at the bargaining table. We hope the Guild will engage with us on the issues in that forum when negotiations resume on April 10th."

Other significant bargaining points involve the writers' health plan, script fees and residuals across cable and streaming platforms. According to the WGA - which numbers about 20,000 - median earnings for writers dropped between the 2013-14 season and 2015-16, and more and more writers are finding it difficult to make a living even in supposedly flush times.

In Hollywood as in many other industries, technological change often drives labor negotiations. The writers struck in 1985 over the VHS home video market, and later felt unfairly left out when DVD revenues soared in the 1990s. The 2007 strike was primarily over compensation for digital rights.

In a way, these negotiations, propelled by today's TV landscape, are more straightforward and leave less to speculation. The producers in 1985 argued that VHS was a nascent technology and, in 2007, said that the digital realm was too young to grasp. "Peak TV," however, is already here and no one doubts its effect on the industry.

If the Writers Guild strikes, it would join another Hollywood union involved in a digitally-driven work stoppage. Video game voice actors, who are part of the SAG-AFTRA union, have been on strike since October 2016, with no resolution in sight.

One of the main sticking points is the union's demand that performers who work on games that sell more than two million units receive additional compensation. The payments would only affect certain studios that have contracts with SAG-AFTRA, including major games publishers Activision, Electronic Arts and WB Games. The companies insist the proposal is untenable, but say they have offered raises that are financially equal to what the union is seeking.

As for the writers, a fellow Hollywood union could offer the WGA a template for agreement, as it has in the past. In January, the Directors Guild of America ratified a new contract that more than tripled the residuals for members working for "high-budget subscription video on demand" - services like Netflix, Amazon and Hulu. Now it's the writers' turn to try to keep up in an ever-expanding television world.