BAINBRIDGE ISLAND, Wash. -- If a small nonprofit didn't intervene in an eBay auction, a soldier's Purple Heart probably never would have made it home.

Small was born in 1913 in Texas. He enlisted in the Army in 1941 and was assigned to Company H, 143rd Infantry Regiment, 36th Infantry Division. Small's service in World War II earned him the Purple Heart, two Bronze Stars and a Good Conduct Medal. He passed away in 1993. 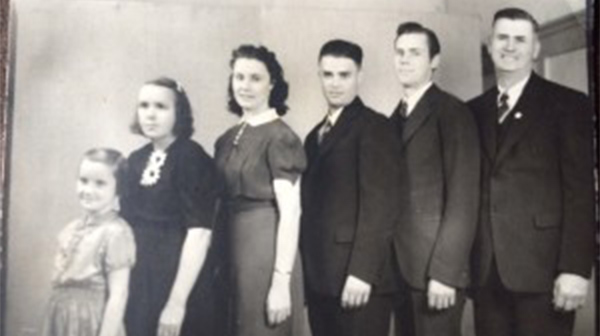 Purple Hearts Reunited members saw Small's medals posted for sale on eBay in 2013, according to the group's founder Captain Zachariah Fike. The group quickly purchased the medals for $20 and began searching for Small's surviving family members. Last week, it found the family and returned the medals to them free of charge.

Fike said his group is on a mission to help reunite service medals with families.

Purple Hearts Reunited runs on donations only and is based out of Georgia, Vt. Fike explained, on average, they receive about 3-5 new medals a week. They currently have upwards of 400 medals in their possession from all military combats since World War I.

"When you Google the names, most of the time nothing comes up," said Fike. "We're getting an opportunity to rewrite history and tell their story."

Fike said medals can be found over the place. In some cases, medals were retrieved from a tarmac, on a beach, in old furniture or abandoned homes. They also help reunite other lost treasures including class rings and dog tags.

Medals can be separated from their rightful owners for a number of reasons, Fike explained. Take for instance, a man just got drafted and decides to marry his new girlfriend. Unfortunately, he then dies in battle. She's awarded his medal and with time remarries another man. The medal is tucked away and forgotten about until years later, perhaps never returned to the man's immediate family. Instead, the woman's children find it and don't know who the medals rightfully belonged to.

"Many times, families didn't know that he'd even been awarded a medal. (Some families) didn't even know how (their loved one) died," said Fike. "It's that piece they never had. They are getting a piece of their brother back or a piece of their grandfather back. It's like he's coming back to them 70 years later."

In the case of Private Small, his medals finally ended up in the right hands.

"It's very meaningful to me to get these medals back," Small's nephew Mike Baggett told the Kitsap Sun. "It makes me feel closer to my family -- my departed family and my uncle in particular. It renews a lot of great feelings about what he did and how he gave so much of his life to support the country." 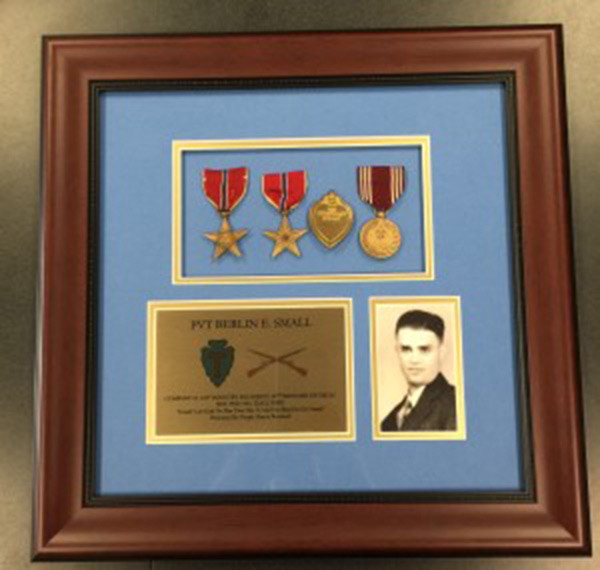 "We just want to make sure every one of these medals gets home with the recipient, family or finds a place of honor in a museum somewhere," said Fike.