Zach Ertz is a three-time pro-bowler and was drafted by the Eagles in 2013.
WPVI
By 6abc Digital Staff 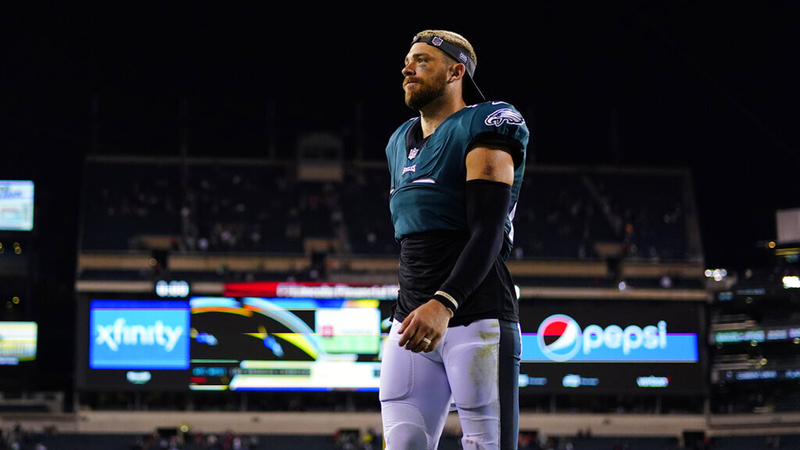 The Eagles have traded Ertz to the Arizona Cardinals.

"This is home. Philadelphia is home," Ertz said speaking to reporters Friday. "That was tough, to kind of articulate that to people. I love this people. I've said it all along...I did the best I could every day. I can leave knowing that. This isn't going to be the last you'll see of me in this city."

Zach Ertz says, "This is home. Philadelphia is home."

Ertz continued, "We've had some great times, we've had some low times, but I know I did my best. I think at the end of the day I can live with that. Walking out of here today, it's going to be tough, but it's been a blast. I'm appreciative of all guys and thanks for everything."

"Though Zach Ertz has wanted a new contract, he and the Cardinals have not discussed one yet, per sources," ESPN NFL Insider Adam Schefter said. "But Arizona is acquiring Ertz with the idea of making him a regular featured part of its offense and Ertz has told others in the past the Arizona appealed to him."

Trade: The Eagles have acquired CB Tay Gowan and a 2022 fifth-round pick from Arizona in exchange for TE Zach Ertz. pic.twitter.com/bKIhzqbdKg

Ertz had four receptions for 29 yards and a touchdown during Thursday night's 28-22 loss to Tampa Bay.

In a tweet Friday morning, the Eagles thanked Ertz for his contributions on and off the field.

For everything you contributed on and off the field, thank you @ZERTZ_86. pic.twitter.com/fBJLnkCUQn

Ertz was selected by Philadelphia in the second round of the 2013 draft. He has 579 receptions for 6,267 yards and 38 touchdowns in 123 career regular-season games.

Ertz also caught the winning touchdown pass in the fourth quarter of the Eagles' 41-33 victory over the New England Patriots in the 2018 Super Bowl.

“Zach is an Eagle for life”

Roseman says he talked to Ertz Tuesday night about the possibility of being traded https://t.co/U1n772K0hW pic.twitter.com/6GwJ26fHKo

The Eagles shared a video showing highlights from Ertz's career in Philly.

"He will always be a member of the Eagles family, not only because of what he accomplished on the field, but also because of the wonderful person, dedicated leader, and exemplary role model that he was for nine seasons in Philadelphia," said Eagles Chairman and CEO Jeffrey Lurie.

#BREAKING the @Eagles have sent @ZERTZ_86 to the @AZCardinals for CB Tay Gowan and a 2022 5th rounder.
Ertz was emotional last night, as if he knew it was his last game here. Fittingly, he scored a TD. This guy has done so much for our community. He’ll always have a fan in me pic.twitter.com/FVnHwo6j75

Gowan was selected by the Cardinals in the sixth round of this year's draft. The 6-foot-2 Gowan has yet to appear in a regular-season game. 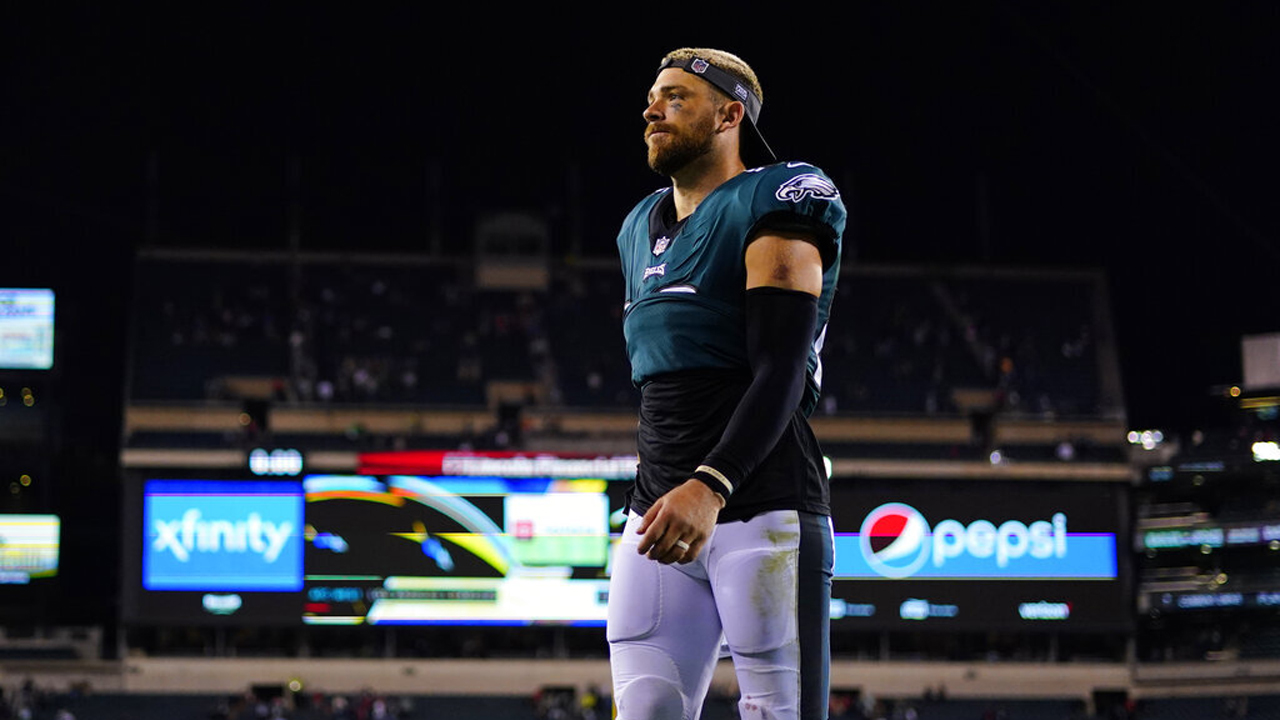