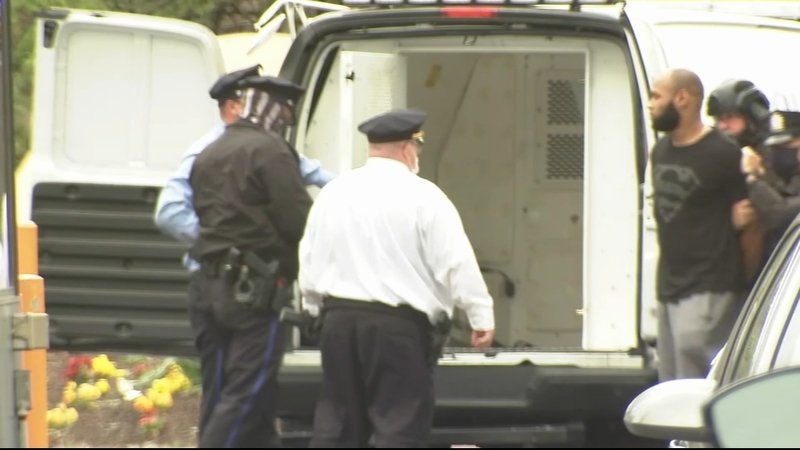 PHILADELPHIA (WPVI) -- The child who was at the center of an Amber Alert on Monday has been found safe, and his father is now the suspect in the deaths of the boy's mother and grandmother.

That child, 2-year-old Byron McDonald, was found in a room at the Aloft Hotel near the Philadelphia International Airport.

The suspect in this case, 28-year-old Byron McDonald II, and the suspect's mother, were also found at the hotel. Police believe she was the one who booked the room. Both are now in custody.

"We were standing in the lobby and everyone told us we had to get out. They didn't give us any other option and told us we were in a line of fire," said a witness in the hotel lobby.

Byron McDonald II is also suspect in the killings of the child's mother and grandmother.

One of those killings happened around 1:30 p.m. Friday in the 2500 block of N. Bancroft Street, which was also when the child went missing.

In that case, the child's grandmother, 50-year-old Tamara Aikens, was shot and killed.

The child's mother was found dead after police were called to do a welfare check at a home in the 4800 block of North 8th Street around 9 a.m. Monday.

"When police arrived they did find a 25-year-old Black female inside the property who appeared to have suffered a gunshot wound to the face," said Philadelphia Police Deputy Commissioner Joel Dales.

Sources tell Action News that Braxton and McDonald had ongoing domestic disputes centered around McDonald feeling like he didn't have enough access to see his son.

Police descended onto the hotel's property after an employee noticed the car authorities were looking for. The investigation prompted hotel guests to be evacuated.

"I think somebody tried to call our phone from downstairs, tried to tell us maybe to stay in our room. But we were coming back downstairs to try and get food anyway," said Alicia Johnson of Upper Darby.

It's a relief for Johnson and her friend, Donte Mosley, who says he was mistaken for McDonald.

"I said, 'What are the cops following us for?' I was just released from prison this morning," Mosley said.