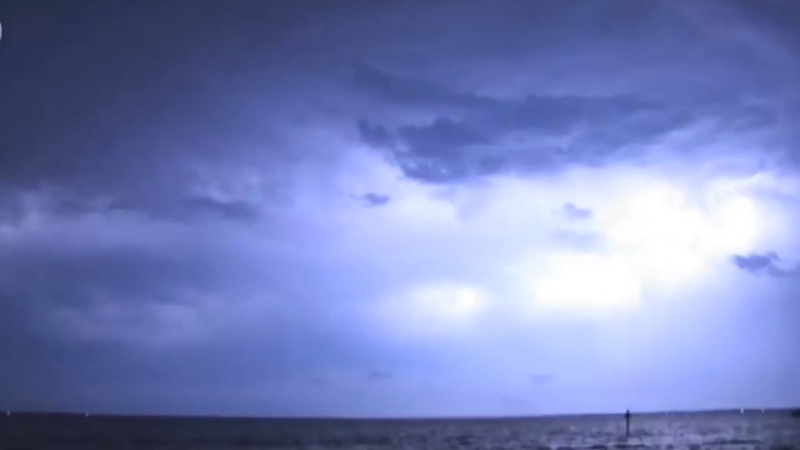 Girl, 15, killed by lightning strike at beach while swimming

TYBEE ISLAND, Georgia -- A 15-year-old girl has died after being struck by lightning while she was swimming at the beach on vacation.

The incident occurred at approximately 2:37 p.m. on Saturday, June 12, while the teenager was swimming in the waters off of Tybee Island in Georgia -- a beach town about 18 miles east of Savannah, according to the Tybee Island Police Department.

Authorities say that they received a call saying that the 15-year-old girl had possibly been struck by lightning while swimming in the ocean and that lifeguards had already arrived on scene to register aid to the victim.

A 7-year-old boy swam for an hour, finally getting to shore and ultimately saving his family.

The Tybee Island Police and Fire Department personnel were immediately dispatched to assist and, when authorities arrived, they saw that the victim had already been removed from the beach and was being given CPR.

"After learning that there would be an extended wait for Emergency Medical personnel to arrive, the Tybee Island Police Department dispatch center requested a helicopter to respond in order transport the victim to an area hospital," Tybee Island Police Department said in a statement regarding the incident on social media. "During this same time, first responders loaded the victim into a fire department vehicle and began to transport her with police escort."

Authorities said that the transport units subsequently met up with an ambulance on Highway 80 and she was turned over into their care and escorted to a nearby landing zone to await the arrival of the medical helicopter.

However, a short time later, medical services on scene decided it would be better to continue to transport the 15-year-old rather than wait for the helicopter and continued on their way to hospital.

The victim, who had been visiting Tybee Island from Alabama, was subsequently pronounced deceased from her injuries suffered while swimming after she arrived at the hospital.

An average of 49 people are killed after being struck by lightning every year in the United States with hundreds more injured, according to the National Weather Service.