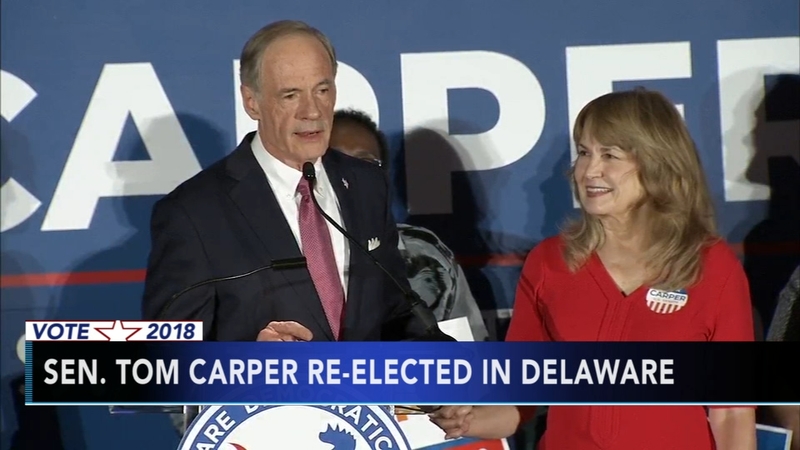 Tuesday's victory over Republican Rob Arlett comes after the 71-year-old Carper trounced an antiestablishment progressive challenger in the Democratic primary.

ELECTION RESULTS: Get the latest returns from Delaware races

Carper has never lost an election during four decades in politics. He touted his experience and ability to work with lawmakers from both parties during this year's campaign, despite being a vocal Trump critic.

Carper served five terms in the U.S. House and two terms as governor before being elected to the Senate in 2000.

During his tenure in the Senate, Carper has staked out a position as a centrist lawmaker with a strong interest in environmental issues.