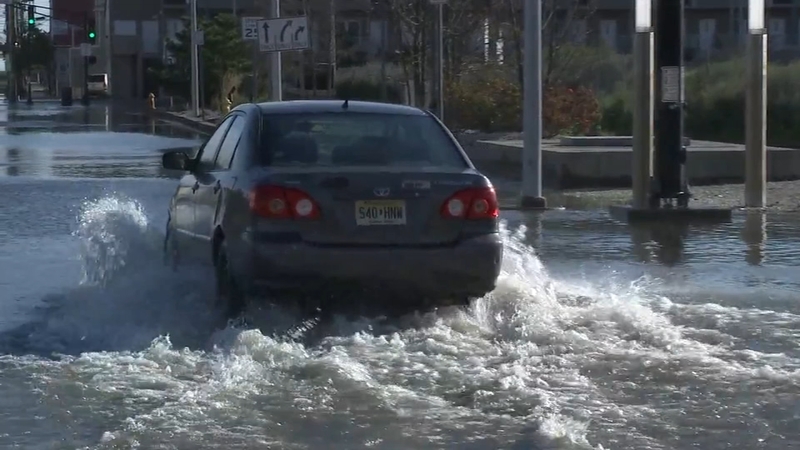 In Wildwood, the conditions were treacherous enough that a major bridge in the area was closed for a period of time. The George Redding Bridge was closed for a few hours to traffic, but was reopened early Friday morning.

Hudson Avenue looked more like the Hudson River with major street flooding, though some drivers took the chance and drove through it.

Early Friday morning, the floodwaters were beginning to recede.

Officials at the Jersey Shore were concerned about flash flooding due to the heavy non-stop rains.

On Thursday evening, the rain was coming down three inches an hour on the Atlantic City Expressway. Officials were expecting a lot more of that in the overnight hours.

"The big concern is going to be the possible heavy rainfall. The models are showing 2-4 inches upwards of 6 or 7 inches of rain over a couple of hours," said Ocean City Fire Department Chief Steve Constantino. "The barrier islands are not prepared to handle that much rain."

In Ocean City, barricades were placed on streets which are prone to flooding.

"It's really just pure physics," said Constantino. "There's too much water for the system to handle in that period of time and it takes a while for the storm system to catch up."