According to the NWS, six tornadoes, five in the Delaware Valley, have been confirmed in these general locations:

They say the Bucks County tornado damage extends from near the Philadelphia Mills mall in Northeast Philadelphia to Doylestown Hospital.

RELATED: Tornado in Cape May County, New Jersey caught on video
The Doylestown area is dealing with widespread damage and power outages due to Isaias.

The winds were strong enough to overturn SUVs and cars, leaving some of them stacked on top of each other.

Action News is told approximately 135 children, all under the age of 5, were inside the Children's Village day care center when the storm ripped the roof of the building.

Staff members hid in closets with the children inside the day care, which is on the property of Doylestown Hospital.

Hospital staff members ran in to help as many people as possible.

No major injuries were reported.

Streets were blocked off Wednesday morning around Central Bucks High School West due to large branches and power lines being knocked down.

Approximately 95,000 customers in Bucks County were without power during the peak of the storm.

In South Jersey, a confirmed tornado from Strathmere to Marmora in Cape May County, New Jersey was recorded.
EMBED More News Videos

The NWS says another tornado was confirmed in Ship Bottom, Ocean County -- it started off as a waterspout and came to shore with 109 mph wind gusts.

The National Weather Service says one tornado was confirmed in Dover, Delaware.

The NWS says a final assessment including an EF-scale rating on each tornado will likely take several days to complete. Officials say it is possible that additional damage from the tornadoes may be found.
Report a correction or typo
Related topics:
doylestown boroughtropical stormweatherwind damagetornadostorm damagesevere weather
Copyright © 2020 WPVI-TV. All Rights Reserved.
RELATED 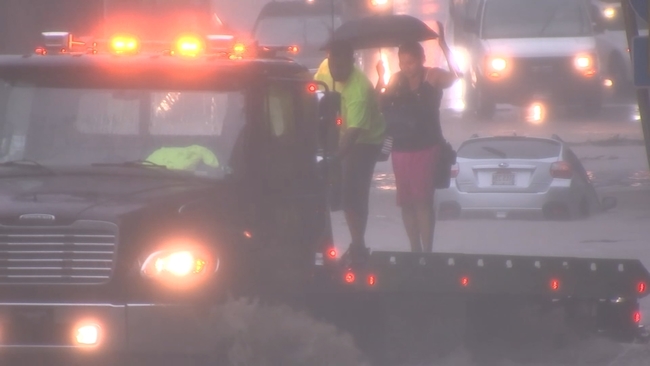