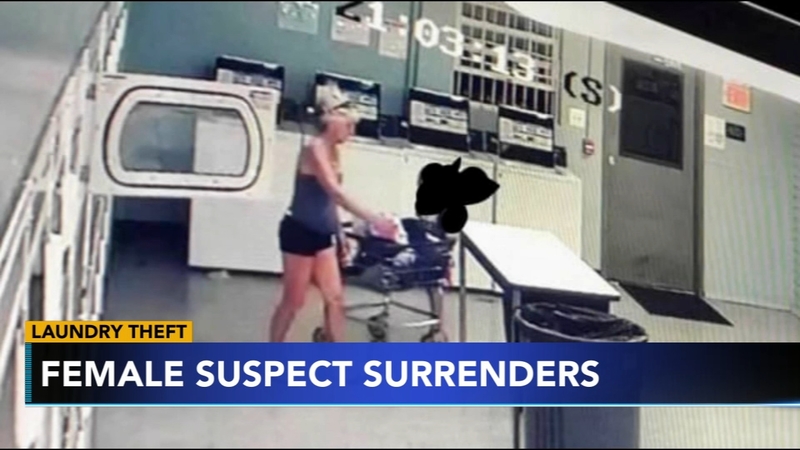 According to police, the woman they believe who was captured by surveillance video inside the laundry room turned herself in around 5 p.m. Monday.

She was being questioned by police. There is no word on charges.

The alleged theft happened on around 9 p.m. Friday at the Washington Way Apartments on Barnsboro Road in Blackwood.

According to police, the uniforms were worth $300 in total.

Police believe the woman lived in the apartment complex and the theft was intentional.

"The accused was seen on surveillance video the night before wandering into the laundry room looking around and leaving an empty basket," said Washington Township Police Chief Patrick Gurcsik.

While police believe the woman intended to steal clothes, they're not sure if she was after the postal service uniforms.

"Just imagine like she wants to dress up," said Imani Harris, who lives in the apartment complex.

The United States Postal Inspection Service has been working with local police to find the uniforms.