WPVI
NEW YORK -- There's a powerful message taking over social media that is showing up in the form of black and white photos of women.

Claire Sulmers, founder of Fashion Bomb Daily and a social media influencer, is one of millions of women around the world taking part in the latest challenge sweeping social media to empower women.

"It was a wonderful nice note in my in box unexpected," Sulmers said.

Here's how it works: post a single black and white photo of yourself with the hashtag #ChallengeAccepted and then nominate another lady to do the same.

"I do think it's signaling a trend of women supporting women and supporting entrepreneurs, those who are ambitious, those who we admire and not being afraid or ashamed to proclaim that in a social setting," Sulmers said.

Back in 2016 a similar campaign unfolded for cancer awareness.

While it's not completely clear how the challenge originated this time around, many online say it is believed to have started as a way to support victims of Femicide in Turkey -- others believe it is simply a movement to support and empower other women.

This round, there was a flood of photos after New York Rep. Alexandria Ocasio-Cortez recently gave a passionate speech on the floor about sexism after a male colleague was accused of calling her a derogatory name.

Lance Ulenoff is a technology expert and says this challenge is doing exact what social media is set up to do: spread information fast and with ease.

As far as what's next, some point out it could be what ignites a much bigger movement offline, but others worry, like so many other challenges in the past, it will fizzle and fade away.

"When the ice bucket challenge was happening, suddenly everyone was doing it, in a way that kind of, it was exciting because it did generate a lot of money for ALS, but it also kind of was no longer special," Ulenoff said.

The ladies of Eyewitness News have accepted the challenge:

911 outages reported across the country, including Delaware, Pennsylvania 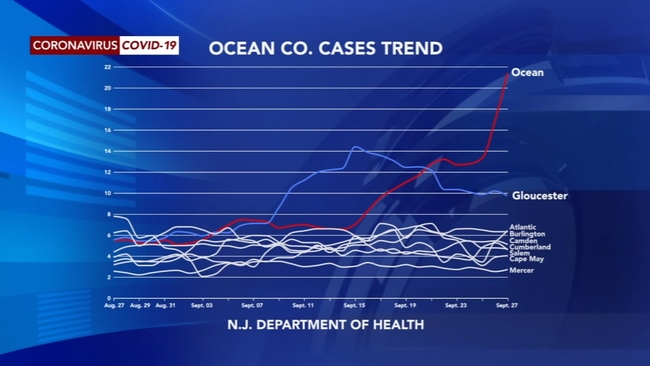 COVID-19 cases spike in Ocean County
Worldwide death toll from coronavirus eclipses 1 million
Poodle named 'Bear' fighting for his life after being thrown out of car
Boy uses 'Alexa' to save mom during medical emergency
Group of friends join forces to give back to community
Show More
Microsoft sees service improvements after outage
Poll workers still in high demand: Here's how you can help
2020 presidential, VP debate schedule: What to know
Delaware State student killed in shootout at party
Major hospital chain based in King of Prussia dealing with 'security issue'
More TOP STORIES News