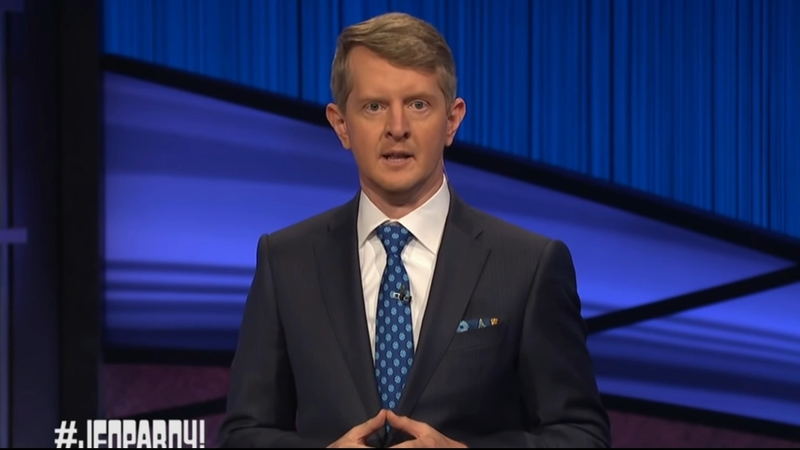 PHILADELPHIA (WPVI) -- Ken Jennings began a new era on our beloved "Jeopardy!" this week, as the first of many guest hosts.

Jennings shared with Action News the excitement and emotion he's experiencing in this role on a show he is no stranger to.

"I knew we were all still kind of grieving Alex Trebek in our way, and grieving the loss of 'Jeopardy!' with Alex, which was a part of the ritual of a lot of our lives," he said. " But I also wanted to say, 'Hey, it's not going to be the same, but 'Jeopardy!' is going to go on and it's still going to be great with a different host."

He will be guest hosting for a few weeks and then other notable names join the lineup, including Katie Couric, Aaron Rodgers, Bill Whitaker and Mayim Bialik.

Jennings is also now part of another brand new quiz show on 6abc called "The Chase." Contestants try to win cash while playing against Jeopardy's Greatest of All Time champions.

Ken Jennings talks about his role on the new ABC game show 'The Chase', airing Thursday at 9 p.m.

"As a kid, I loved game shows. I was a huge game show nerd," said Jennings. "I used to play game show host with my mom and dad and draw the Family Feud board on my blackboard and pretend I was Richard Dawson. So 5-year-old me would have been very excited to see this."

And he says he's thrilled to be reunited with James Holzhauer and Brad Rutter on "The Chase." Sara Haines from "The View" hosts the quiz show, which is a reboot of a British favorite.

He said he has to get a little savage in this role.

"You know, that's not a natural fit for me," said Jennings. "Deep down, I like to see winners on game shows, so part of me is kind of rooting for them. But it is kind of fun to do the James Holzhauer thing and be the big braggy, blowhard wrestler kind of a bad guy. That's fun energy on a game show."

Jennings says he's friends with Holzhauer and Rutter, and this show gives them a chance to let loose while still staying on their intellectual A game.

"The three of us have a fun rivalry where we get along great, but we also like to tweak each other on screen," said Jennings. "So it's set up so that one of us is playing at all times. And the other two chasers are backstage, kind of riffing on the Chaser and roasting when he gets one wrong. It's a lot of fun."