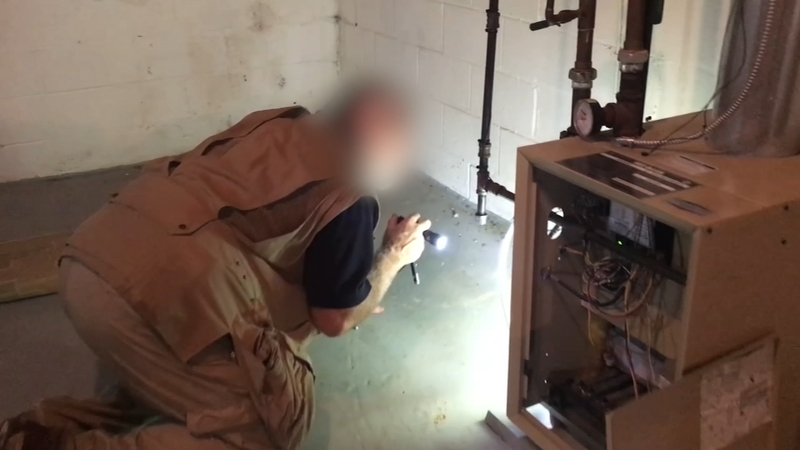 PHILADELPHIA (WPVI) -- Potential home buyers entrust home inspectors to look for flaws to help avoid buying a money pit. But, as our hidden camera investigation found, not all are as reliable as you think.

Like many prospective buyers, Chaney Widmer counted on a home inspection to reveal whether a house in Fairmount was a deal or a dud.

"We didn't want to get into something that was going to be a total gut job just because we were first-time home buyers," she said.

Fortunately, her home inspector was thorough and flagged problems for the existing owner to fix.

But an investigation by Checkbook Magazine found the people you hire to catch flaws may not spot or even look for clear signs of trouble.

"We identified 28 problems that we thought were just too obvious for home inspectors to miss," said Kevin Brasler with Checkbook.

For its undercover investigation, Checkbook rented a 3-bedroom house and then hired twelve random home inspectors to check it out.

Some of the obvious problems Checkbook identified included a big leak under the kitchen sink, a clogged utility sink, inactive outlets, rodent infestation and filthy filters. The home also had obvious signs of water and roof damage, plus a missing chimney damper.

According to Brasler, "some home inspectors just don't do that much work."

Checkbook said it paid an average of $540 per inspection.

Their investigation found that nine inspectors never raised a ladder to look at the roof. Seven inspectors missed a major leak, plus a defective garbage disposal with faulty wiring. And four inspectors failed to record obvious signs of water damage.

"If you don't do an up-close inspection of the roof, test every outlet, if you don't open and shut every window or really thoroughly test the plumbing, then what are you doing for the $400 to $700 fee that you're charging?" Brasler added.

Checkbook magazine said as a group, the inspectors caught the 28 obvious problems only half the time.

So how can you find a reliable inspector?

According to Brasler, "One key to hiring a home inspector asks them to share with you previous reports that they've done."

He also said home buyers should ask to look at sample reports to see how thorough they are. A big warning sign is a ten page turner without photos.

"Ask them how long are you going to be doing this inspection. Some inspectors were in and out in like 90 minutes, which is just not long enough to check everything," said Brasler.

Brasler said home buyers should be present for the home inspection. He also pointed out it is a good idea to go with an independent inspector not someone your real estate agent recommends.