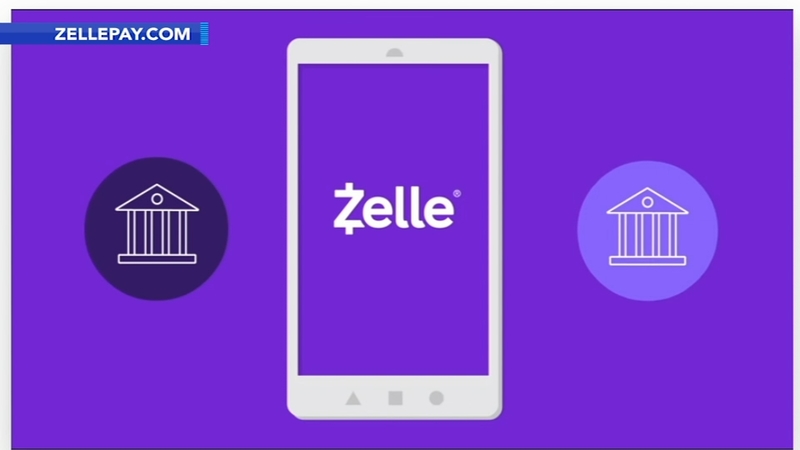 PHILADELPHIA (WPVI) -- Technology is making it easier than ever before to pay friends and family members thanks to services like Zelle and Venmo, which allow you to send money with just a few taps on your phone or a few clicks on your computer. Zelle partners with hundreds of banks and it says millions of dollars zip safely through the platform every day. The money does move fast, but beware, the convenience of money-transfer apps and services could cost you.

In fact, Suzi Nash of Center City, Philadelphia, says her experience "was very frustrating." She says while it's easy to send money, she learned getting it back or canceling a transaction is a different story.

"My brother had an emergency so he had asked me to send him money," said Nash.

So she went online to her TD Bank account and sent $500 through the money-transfer service, Zelle.

"I had previously sent him money about six months ago and so it was the same exact name, exact same everything," said Nash.

What she forgot was her brother's phone number had changed!

Nash told the Troubleshooters, "When I made the transaction, right afterward, I went to check my bank account and it said $500 sent to a different name."

Nash's money was sent to a Lynette in Chicago, instead of her brother.

"It said 'pending deposit' so I immediately called TD Bank," she said.

Nash says TD Bank told her to call Zelle. So she says as soon as she hung up, she did call Zelle and that's when she says the back and forth began.

"So basically the two of them just kept pointing fingers at each other," Nash said.
This case involves an honest mistake by someone just trying to do a good deed, but when it comes to payment apps, you also have to worry about fraud and not just with Zelle, but with Venmo and PayPal's family and friends feature, too.

Kevin Brasler, the executive editor of Consumers' Checkbook says, "Wherever the money is, that's where the scammers want to be also."
(Note: link only good until Oct. 31st)

So beware of bogus transactions. Con artists promising everything from concert tickets to puppies may require you send money instantly through a payment app. But as Zelle itself warns, there are no cancellations if money is sent to another Zelle user, and Zelle does not offer a protection program.

Brasler says, "You're not protected at all. They have no protections against fraud--the money is just gone."

So if you're paying a stranger or making a big purchase, use a different method.

As for Nash? When TD Bank and Zelle wouldn't help, she contacted the Action News Troubleshooters and says, "Immediately after you called them, it was amazing. I had seven missed calls on my phone."

1. Double and triple check all of the information for the payment recipient. Even a typo can cost you big time.

2. Go to your security settings to require two-factor authentication.

3. Set up alerts so you know when your account is used.

4. Only use Zelle or any payment app with people you know and trust.

Meantime, TD Banks says, "We thoroughly investigate customer inquiries and take appropriate action, as we have done in this case. We were pleased to come up with a solution that achieved a positive outcome for Ms. Nash."