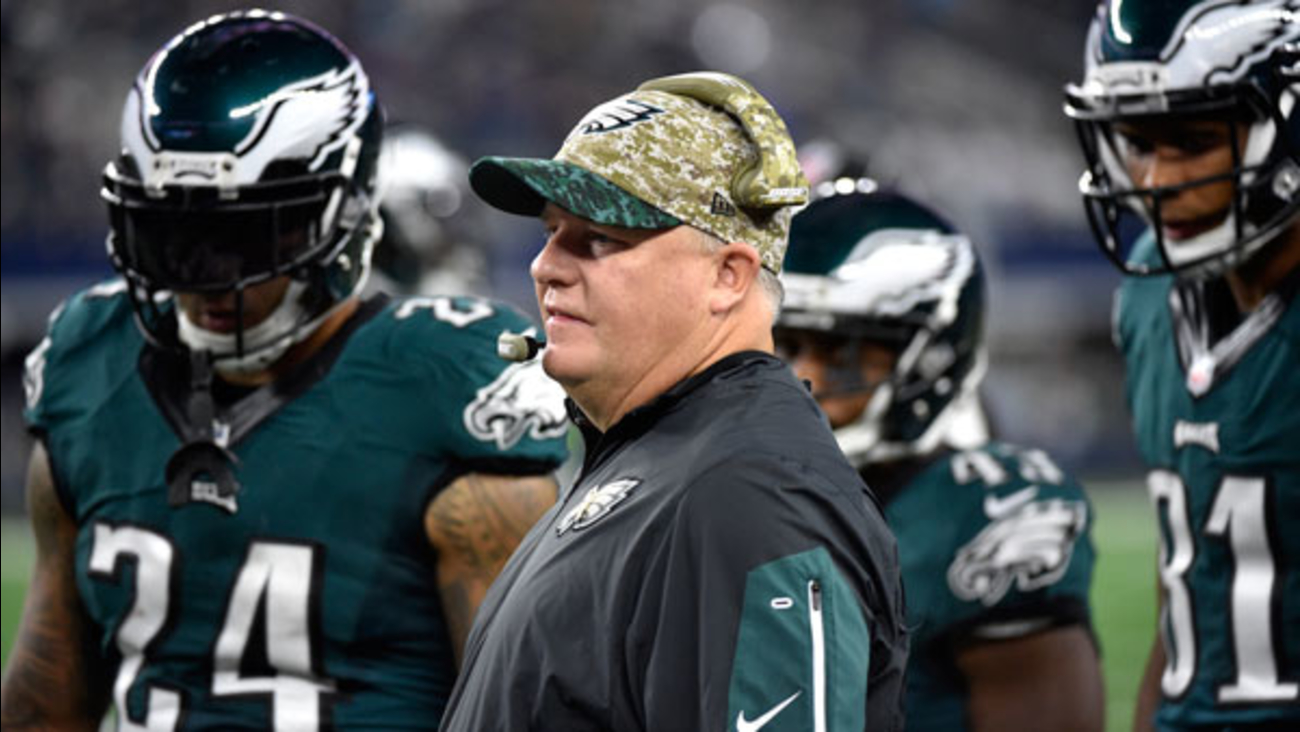 PHILADELPHIA (WPVI) -- The Chip Kelly era in Philadelphia may be close to being over, according to ESPN NFL Insider Adam Schefter.

Schefter was a guest Tuesday afternoon on SiriusXM NFL Radio's Moving the Chains.

Host Pat Kirwan told Schefter he recently spoke to someone who told him Kelly is leaving his position as Eagles head coach.

"I'll say this Pat," Schefter responded, "I think the momentum and signs seem to be piling up against a Chip return to Philadelphia. I think both sides are sick of each other. I mean, the fans are tired of him. I think he's tired of the situation there. Just my read from afar."

"That stadium began emptying early in the fourth quarter. It was an ugly scene," Schefter said.

But the ESPN NFL Insider said the Eagles currently standing at 4-6 are not out of the race just yet.

"You know they are still in the thick of that division race, let's not forget that. If they go into Detroit on Thanksgiving Day and win, we'll have a different conversation next week," Schefter said.

But in the end, he thinks Kelly may be meant for another place.

"I just think Chip Kelly if given a choice might be comfortable elsewhere and we'll see if that shakes out. I certainly would include him in my question marks of coaches that we'll be tracking in January. I think we can say that," Schefter said.

Schefter said the Kelly situation is one to keep a close eye on.

"I don't doubt what your friend is saying about Chip Kelly being a goner or however you want to categorize it, whatever he said to you. I think that bears watching," Schefter said.
Related topics:
sportsaction news sportsespnphiladelphia eagles
Copyright © 2020 WPVI-TV. All Rights Reserved.
RELATED

Eagles QB on QB situation: I know as much as you