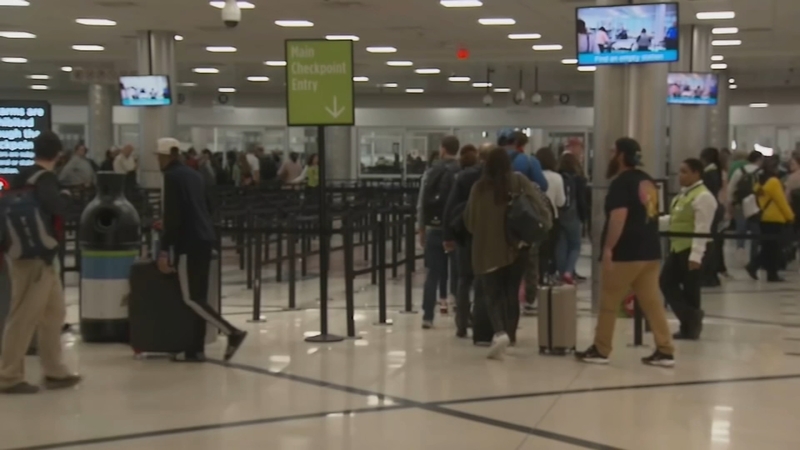 PHILADELPHIA (WPVI) -- There have been some headaches for air travelers in the past week.

American Airlines canceled hundreds of flights this week because of staffing shortages.

One passenger told Action News he missed his flight, partly because of a long line with another airline.

He was in line about two and a half hours early for his 8 a.m. flight to Fort Myers, Florida.

Because of the long line, Aliberando says he never was able to check in his bag and ended up missing his flight.

He ended up booking a last-minute flight on another airline to get to Florida for vacation.

"We lost our entire day with our rental car we had waiting and the hotel that we were supposed to be at," said Alibrando.

Alibrando says his flight back to Philadelphia on Thursday was canceled, which is why he said he's in an Uber in Florida on his way to try and catch a new flight at a different airport. 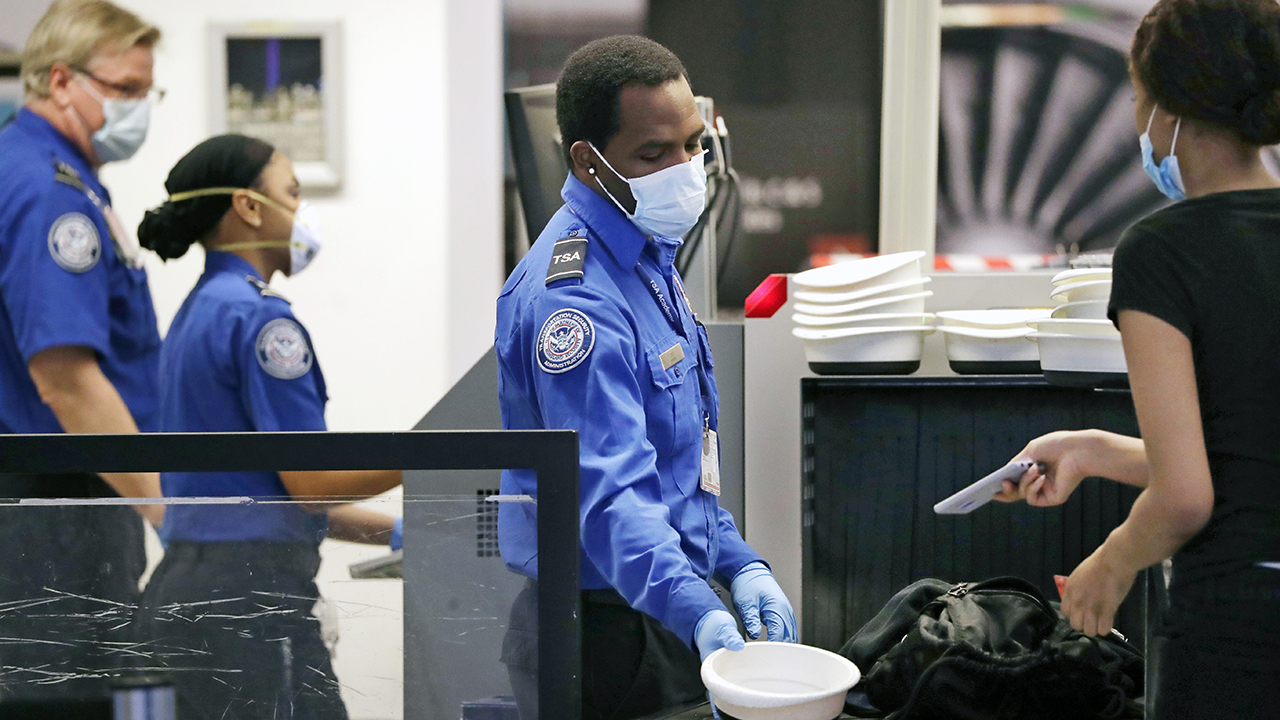 TSA warns of staffing shortages at more than 100 airports
They are currently offering $1,000 as an officer recruitment incentive.

Nationwide TSA says it's short on staff, leading to long lines at checkpoints.

"I'm not the one for the long lines, so whatever's shorter and easier, that's me," said Lisa Harris, from East Orange, New Jersey.

On Thursday, the lines at the airline counters at Philadelphia International Airport didn't seem long, though many say they still showed up with plenty of time to spare just in case.

A spokesperson for TSA told Action News that they have enough staff in Philadelphia to get by but still have openings to fill.

"We're looking to fill these vacancies to make sure that we have enough officers on board," said Lisa Farbstein, a spokesperson for TSA. "And working to help make sure there is a smoother, efficient screening process at the checkpoints as possible."

Applications for some openings in Philadelphia must be in by June 30, which can be submitted online.