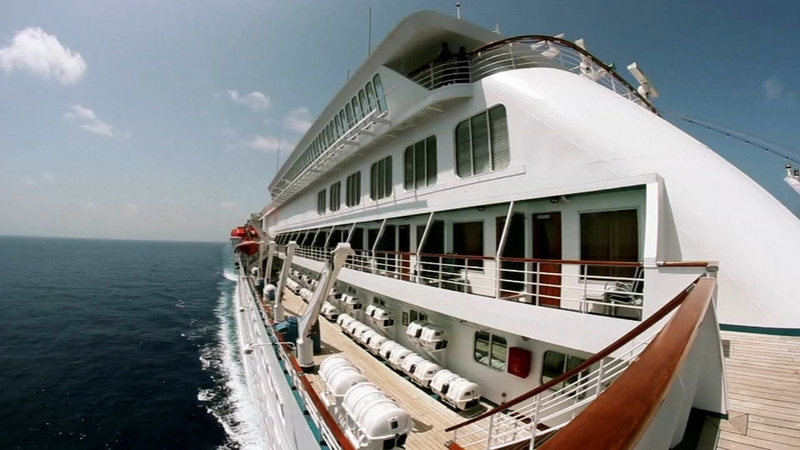 The legal battle over whether cruise ships can set sail from the U.S. again is ramping up.

There are thousands of jobs tied to cruising in southeast Texas. Leaders in Galveston are hopeful to have cruises sailing again by July.

But now, Alaska is suing the federal government to bring back cruises immediately.

Republican Gov. Mike Dunleavy says his state has lost $3 billion due to the cruise industry stoppage in 2020.

Alaska is joining a lawsuit already filed by Florida against the Centers for Disease Control and Prevention.

Florida Gov. DeSantis and major cruise line executives said they will sue if US cruises are not allowed this summer.

"I'm fighting to ensure our tourism business and communities have a chance," Dunleavy said.

"We don't believe the federal government has the right to mothball a major industry for over a year based on very little evidence and very little data," Republican Florida Gov. Ron DeSantis said. "They're going to fly to the Bahamas and they're going to spend the money in the Bahamas. So how does that make any sense?"

The no sail order has been a blow to the Galveston, Texas economy.

A report released in December by the Federal Maritime Commission studied the COVID-19 impact on the cruise industry.

The report found that cruises are responsible for 2,517 direct or indirect jobs in Galveston.

The cruise industry itself says 26,000 jobs in Texas are tied to cruising.

Earlier this month, the director of the port wrote an open letter in the Galveston Daily News, asking the CDC to allow phased cruising immediately.

READ MORE: Galveston leaders ask for Abbott to back them in pressuring CDC to lift moratorium on cruises

When will cruises return to Galveston? Leaders are hoping it will happen this summer and are asking this of the CDC.

"I have to believe calmer minds will prevail and that the CDC and the cruise lines will start to come a little bit closer," said Roger Rees, the director of the Port of Galveston.

"There are people that are willing to go to the Bahamas to cruise. They are just anxious," Claire Johnson, co-owner of GalvestonCruises.com said. "They are wanting to know, 'Well, what are the cruise lines saying? Are we going to cruise?' It's very frustrating to say, 'There's just no word. We don't have a date.'"

The Port of Galveston is the fourth most popular cruise port in North America, according to the Galveston Financial Report.