'Alexa yelled at me!' Girl cries to mom after requesting Taylor Swift song 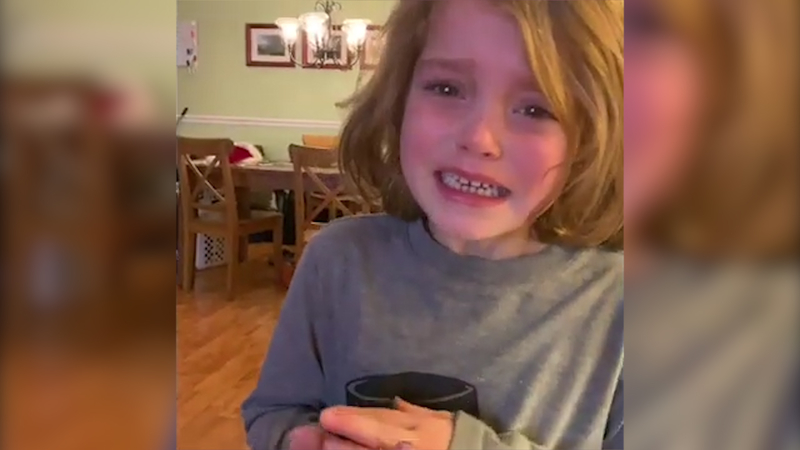 'Alexa yelled at me!' Girl cries after requesting Taylor Swift

FLOYD KNOBS, Ind. -- Amazon's Alexa is supposed to make life easier for its users, but that was not the case for five-year-old Daisy, who came running out of her bedroom, crying to her mother after Alexa allegedly "yelled" at her for requesting a Taylor Swift song.

Lauren, Daisy's mother, was shocked when her daughter came running into the living room with "her fingers in her ears, freaking the heck out, scared to death," she told Storyful.

Moments before Lauren began filming, Daisy had gone into her bedroom. Daisy said she asked Alexa to play Taylor Swift, but the deadpan virtual assistant refused the request. Apparently, Alexa's refusal was a bit too loud and harsh for Daisy, reducing the youngster to tears.

Although initially concerned, Lauren told Storyful she "turned the camera on when I found out that it was Alexa that was bullying her."