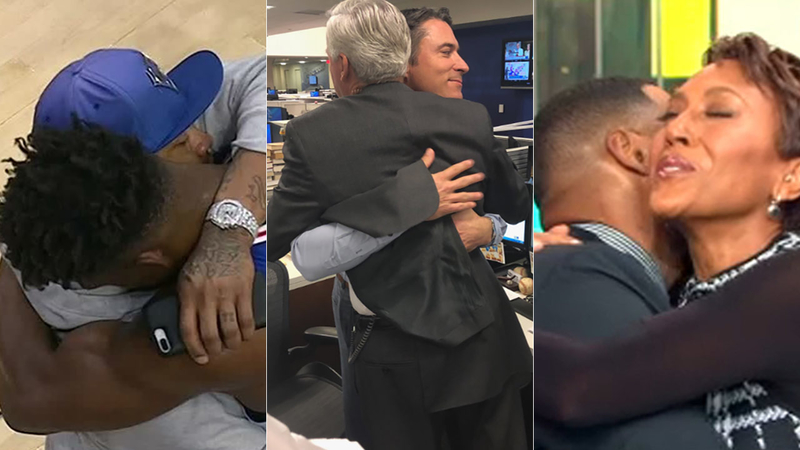 Imitation is the sincerest form of flattery, so Allen Iverson should be very flattered.

After the Seattle Seahawks' wide receiver Tyler Lockett scored a touchdown against the Carolina Panthers during the third quarter of Sunday's game, he had to celebrate.

Philadelphia 76ers fans took notice that the NFL player channeled one of the greatest NBA players for his choreography.

Back then it was Iverson stepping over Los Angeles Lakers' Tyronn Lue. On Sunday, Lockett stepped over his teammate David Moore.

The @Seahawks brought out the @alleniverson step over celebration 😂 pic.twitter.com/fkK0hTMNK7

"The Answer!!" Lockett tweeted in response to video of his celebration.

The Seahawks WR was not the only NFL player to imitate a Sixers star.

Fultz acknowledge Cooper's mocking by retweeting the video and posting it on Snapchat with a caption saying, "Good shot boy."

Markelle Fultz is a good sport about it 😂. Respect! pic.twitter.com/UjoL9S9WQW

Video in player is from a previous story.